Paramecium Caudatum – the Most Complex of the Simplest 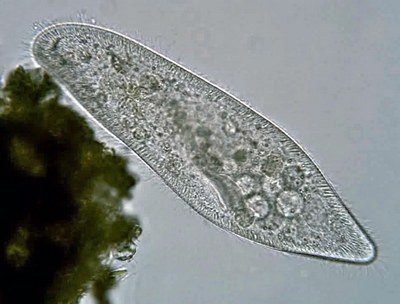 Life on our planet is characterized by an incredible variety of all kinds of living organisms, sometimes having an incredibly complex structure. All this diversity of life: from the simplest insects and plants to us, people (the most «complex organisms») consist of cells, these small bricks of living matter. If a human is the crown of biological evolution, then it will be very interesting to investigate its beginning: the simplest unicellular organisms which at the dawn of history became the founders of all life. The paramecium caudatum (along with amoeba) is one of the most famous simple unicellular creatures. What are the characteristics of the paramecium? What do paramecia eat? How do paramecia reproduce? Read on about all this below.

Paramecium caudatum is not at all one simple single-celled organism; there are more than 7 thousand different types of ciliates behind this name.

All paramecia can regulate the pressure of the internal environment of their body. They are assisted by two contractile vacuoles in this case. These vacuoles compressed and unclenched, thus expelling excess fluid from the body of the paramecium.

Paramecium size varies from 1 to 5 tenths of a millimeter. 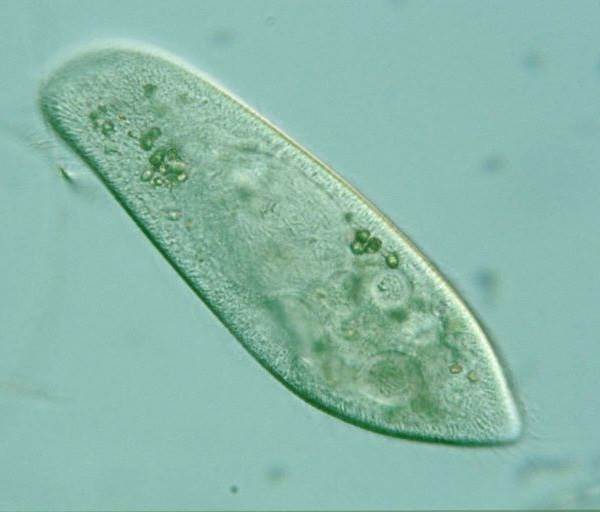 Paramecia are eukaryotes. In contrast to prokaryotic organisms, such as bacteria and archaea, eukaryotes have well-organized cells. These cells have complex organelles:

How do paramecia eat? They capture organic particles inside their body. 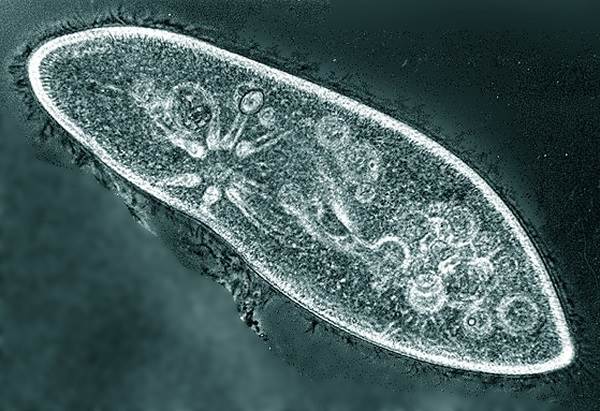 Paramecium caudatum under a microscope.

How do paramecia breathe? Paramecia breathe not with the mouth, but with the whole body: oxygen enters the cytoplasm through the integument of the cell, where it oxidizes organic substances, converts them into carbon dioxide, water, and other compounds.

There are two nuclei in paramecium cell. This is another amazing feature of the paramecia, which makes it “the most complex of the simplest”. One of the nuclei is large, it is called a macronucleus, and the second small, respectively, is called a micronucleus. Both nuclei store the same information. However, if a large nucleus is constantly in operation and its information is constantly being used, it means that it can be damaged. If such damage happens, then for this case the second small nucleus is provided. The second nucleus serves as a kind of reserve in case of failure of the main nucleus.

Despite the external simplicity, the structure of the paramecia is by no means simple. It is protected by a thin elastic shell outside, which also helps the body of the paramecia to maintain a constant shape. Protective supporting fibers of the paramecia are located in a layer of dense cytoplasm, which is adjacent to the membrane.

Besides, various microtubules, alveoli cisterns, basal bodies with cilia, fibrils, and other organelles are included in the cytoskeleton of paramecia.

Due to the presence of the cytoskeleton, paramecium, unlike an amoeba, cannot arbitrarily change the shape of its body. 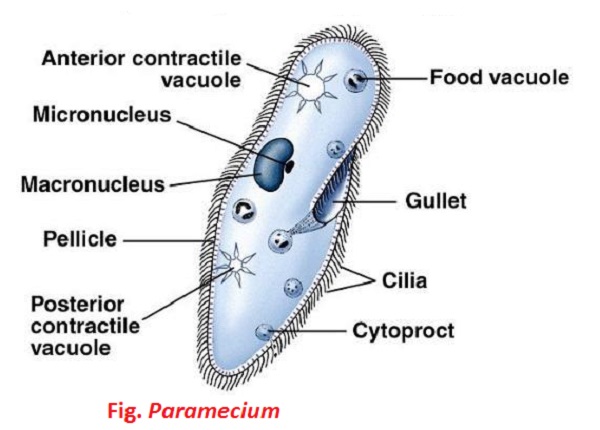 They are named so because their body is covered with small eyelashes, which are also called cilia. The length of the eyelash is not more than 0.1 micrometers. Eyelashes themselves are a bundle of fibrils, which are filiform proteins.

Each ciliary ciliates can have several thousand of eyelashes. The paramecium movement is also carried out using eyelashes. 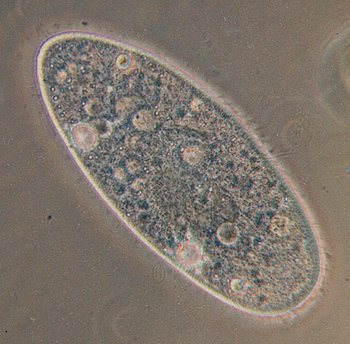 Sucking ciliates don’t have not only cilia but also the mouth, pharynx, and digestive vacuoles. Yet they have peculiar tentacles, which are plasma tubes. These tentacle tubules play the role of the mouth and pharynx, as they capture and conduct nutrients into the endoplasm of the cell.

Sucking ciliates can’t move without eyelashes. However, they don’t need it, having a special suction cup they attach to the skin of some crab or fish and live on them. There are only a few dozen species of sucking ciliates against thousands of species of ciliary ciliates. 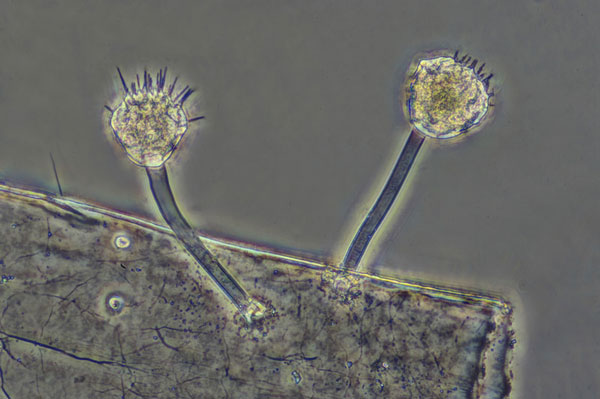 Yet the ciliates do not like saltwater, so they don’t live in the seas and oceans. 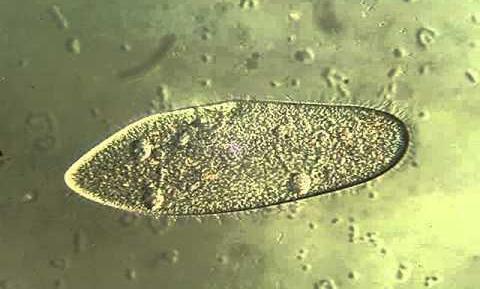 The nutrition of the paramecium depends on its class. So the sucking ciliates are genuine predators of the unicellular world: the source of their food is other smaller unicellular organisms. Sucking ciliates grab other unicellular organisms with their tentacles. Initially, the prey is captured by one tentacle, and then other “brothers” come up to the table. Tentacles dissolve the cell membrane of the victim and absorb it inside.

Paramecia, as well as other simple organisms, perform many important biological functions. They destroy many types of bacteria and serve as food for small invertebrate organisms. Sometimes they are specially bred as food for the fry of some aquarium fish.