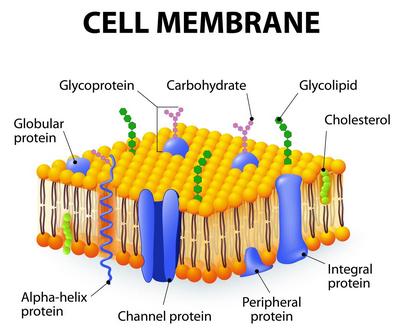 
It’s no secret that all living beings on our planet are made up of cells, these countless “atoms” of organic matter. The cells, in turn, are surrounded by a special protective membrane, that plays a very important role in the life of the cell. Functions of the cell membrane are not limited only to the protection of the cell, but constitute the most complex mechanism involved in the reproduction, nutrition, and regeneration of the cell.

What is a membrane? The word “membrane” means “envelope” in Latin. Although the membrane is not just the kind of envelope in which the cell is wrapped, it is a combination of two envelopes interconnected and having different properties. In fact, the cell membrane is a three-layer lipoprotein (fat-protein) membrane that separates each cell from neighboring cells and the environment and carries out a controlled exchange between cells and the environment.

The importance of the membrane is enormous, because it not only separates one cell from another, but ensures the interaction of the cell, both with other cells and with the environment. 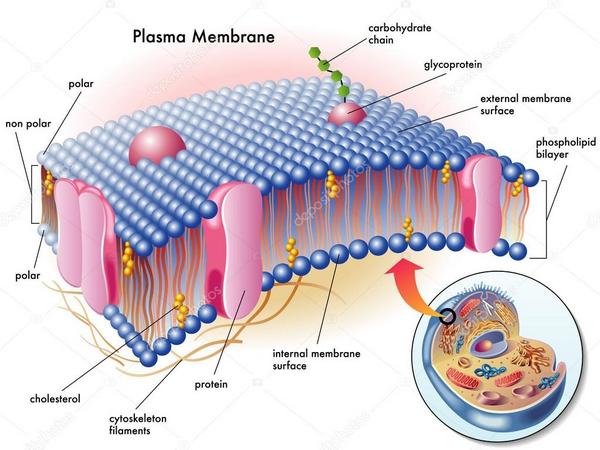 Now let’s look at what functions the cell membrane performs: 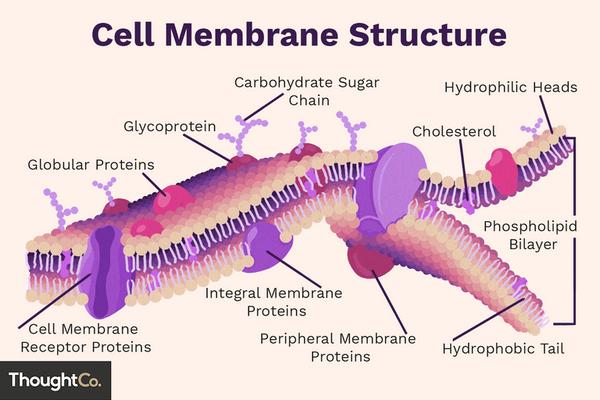 Phospholipids and glycolipids, in turn, consist of a hydrophilic head, into which two long hydrophobic tails depart. Cholesterol occupies the space between these tails, preventing them from bending. All this in some cases makes the membrane of certain cells very rigid. In addition to all this, cholesterol molecules order the structure of the cell membrane.

The most important part of the structure of the cell membrane is protein, more precisely, different proteins that play various important roles. Despite the diversity of proteins contained in the membrane, there is something that unites them – annular lipids which are located around all membrane proteins. Annular lipids are specially structured fats that serve as a kind of protective membrane for proteins, without which they would not work.

If you’ll look at the cell membrane through a microscope, you’ll see a layer of lipids formed by small spherical molecules along which proteins float like a sea.