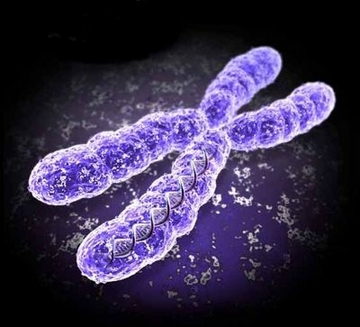 The morphology of chromosomes is connected with the level of their spiralization. So, chromosomes are maximally expanded during the interphase stage. Then with the beginning of the cell division, the chromosomes actively spiralize and shorten. They reach their maximum shortening during the metaphase stage when new structures are formed. This phase is most convenient for studying the function of chromosomes, their morphological characteristics.

Back in the middle of the XIX century, many biologists (who were studying the structure of plant and animal cells under a microscope) drew attention to the thin filaments and the smallest ring-shaped structures in the nucleus of some cells. The German scientist Walter Fleming used aniline dyes to process the nuclear structures of the cell. Doing this he discovered the chromosomes. More precisely, the detected substance was named by him “chromatid” for its ability to stain, and the term “chromosomes” was introduced into use a little later (in 1888) by another German scientist, Heinrich Wilder. The word “chromosome” comes from the Greek words “chroma” – coloring and “somo” – body. 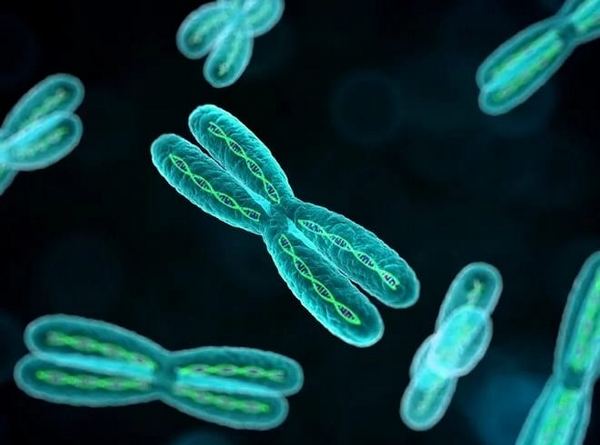 The history of the study of chromosomes did not end at their discovery. So in 1901-1902, the American scientists Wilson and Saton drew attention to the similarity in the behavior of chromosomes and Mendeleev’s factors of heredity – genes. Scientists came to the conclusion that genes are located on chromosomes. The genetic information is transmitted from parents to children, thanks to chromosomes.

Back in 1915-1920, the participation of chromosomes in gene transfer was proven in practice in a series of experiments made by the American scientist Morgan and his laboratory staff. They managed to localize several hundred hereditary genes in the chromosomes of the Drosophila fly and create a genetic map of chromosomes. The chromosomal theory of heredity was created based on these data.

What is the structure of a chromosome? The structure of chromosomes varies depending on the type, so the metaphase chromosome (formed in the metaphase stage during mitotic cell division) consists of two longitudinal strands – the chromatids, which connect at a place called the centromere. The centromere is a part of a chromosome that is responsible for the divergence of sister chromatids into daughter cells. It also divides the chromosome into two parts, called the short and long arm. It is also responsible for the division of the chromosome since it contains a special substance – kinetochore, to which the structures of the spindle are attached. 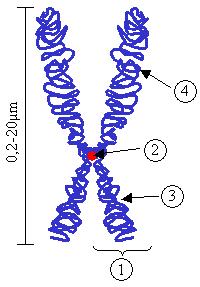 The main functions of chromosomes (both for animals and for plants and in general for all living beings) are the transmission of hereditary, genetic information from parents to children.

As we wrote above, the cells of the human body contain 46 chromosomes, which are combined into 23 pairs. Together they make up the chromosome set of a person. The first 22 pairs of human chromosomes (they are called autosomes) are common for both men and women, and only the last pair – gender chromosomes – differ in different genders, it also determines the gender of a person. The combination of all pairs of chromosomes is also called the karyotype. 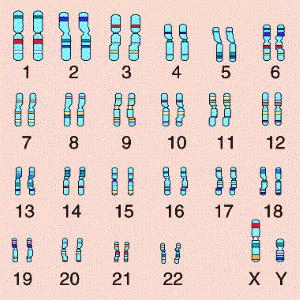 This is the human set of chromosomes. It has 22 pairs of double diploid chromosomes contain all our hereditary information. The last pair is different, in men it consists of a pair of X and Y gender chromosomes, while women have two X chromosomes.

All animals have a similar structure of the chromosome set, only the number of non-gender chromosomes in each of them has its own.

Violation of the chromosomes or even their wrong number is the cause of many genetic diseases. For example, Down syndrome occurs due to the presence of an extra chromosome in the human chromosome set. Genetic diseases as color blindness, hemophilia are caused by malfunctions of the existing chromosomes.