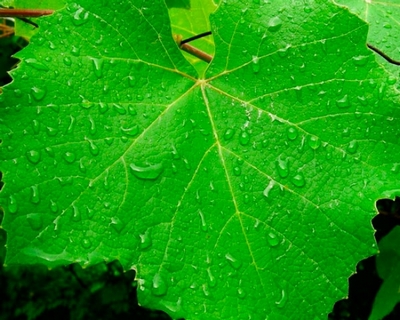 How did scientists discover photosynthesis? The important experiment was made by the English scientist Joseph Priestley back in 1771. He placed the mouse under the cap and five days later it died. Then he again placed another mouse under the cap, but this time there was a sprig of mint under the cap together with the mouse, and the mouse survived. “There is a process opposite to breathing” – thought the scientist after this experiment. Another important conclusion of this experiment was the discovery of oxygen, as vital to all living creatures (the first mouse died from its absence, the second survived, thanks to a sprig of mint, which produce oxygen in the process of photosynthesis).

Then, back in 1782, the Swiss scientist Jean Senebier proved that carbon dioxide decomposes in the green organelles of plants under the influence of light. Then, after another 5 years, the French scientist Jacques Busengo discovered that the absorption of water by plants occurs during the synthesis of organic substances.

And the final step in a series of scientific discoveries related to the phenomenon of photosynthesis was the discovery of the German botanist Julius Sachs. He proved that the volume of carbon dioxide consumed and oxygen released occurs in a 1:1 ratio.

The leaves of any plant can be compared with a small laboratory. Organic substances and oxygen are produced in this laboratory thanks to photosynthesis. So life on Earth would not exist without oxygen and photosynthesis.

Yet if photosynthesis is so important for life and oxygen production, then how do people live in the desert (where there is a minimum of green plants)? The fact is that land plants release only 20% of the oxygen into the atmosphere, while the remaining 80% is released by sea and ocean algae. That is why the ocean is called “the lungs of our planet”.

The chemical equation for photosynthesis can be written as follows

In fact, the release of oxygen is not the only reason for photosynthesis. This biological process is vital not only for people and animals but also for the plants themselves because organic substances that are formed during photosynthesis form the basis of plant activity. 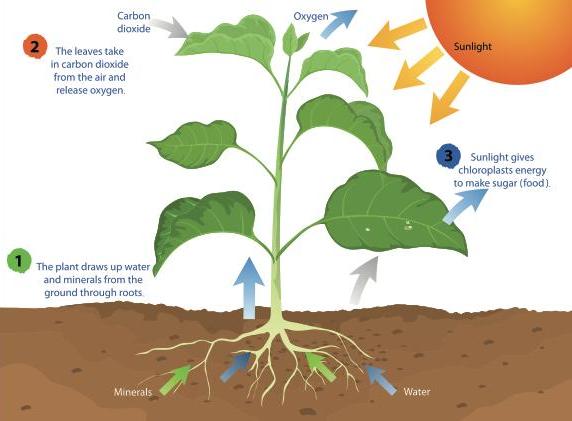 The process of photosynthesis consists of two stages (or cycles): light and dark. We will write in detail about each of them.

This stage is carried out on the membranes of grana. Grana are the stacked membrane structure within chloroplasts; the direct energy of light helps the plant to make molecules that carry energy for utilization in the dark phase of photosynthesis.

The order of the processes of the light reaction of photosynthesis is as follows: