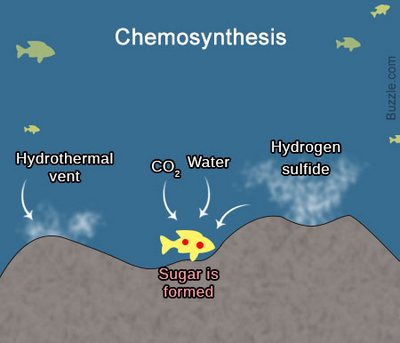 
What is chemosynthesis? The process of chemosynthesis is a unique phenomenon in biology. Chemosynthesis is an unusual type of nutrition of bacteria, based on the assimilation of carbon dioxide СО2 due to the oxidation of inorganic compounds. According to scientists, chemosynthesis is the oldest type of autotrophic nutrition (such nutrition, when the body itself synthesizes organic matter from inorganic), which could appear even earlier than photosynthesis.

As a biological phenomenon, chemosynthesis of bacteria was discovered by the Russian biologist S. Vinogradsky in 1888. The scientist has proven the ability of some bacteria to release carbohydrates using chemical energy. He also singled out a number of specific chemosynthetic bacteria; sulfur bacteria, iron bacteria and nitrifying bacteria are the most prominent among them.

Let us now analyze the similarities of photosynthesis and chemosynthesis, and what is the differences between them.

The difference between photosynthesis and chemosynthesis: 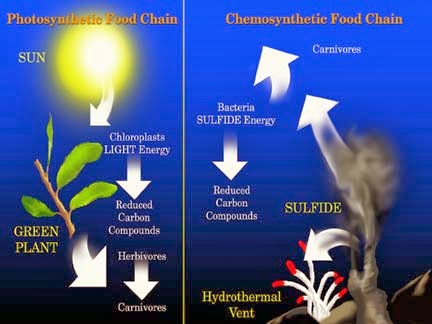 Chemotrophs is the organisms that receive vital energy through chemosynthesis. Chemotrophs play an important role in the circulation of substances, especially nitrogen. In particular, they support soil fertility. Besides this, large reserves of ore and nitrate are accumulated under natural conditions due to the activity of chemosynthetic bacteria.

In addition to bacterial and archaea, some larger organisms rely on chemosynthesis. A good example is the giant tube worm which is found in great numbers surrounding deep hydrothermal vents. Each worm houses chemosynthetic bacteria in an organ called a trophosome. The bacteria oxidize sulfur from the worm’s environment to produce the nourishment the animal needs. 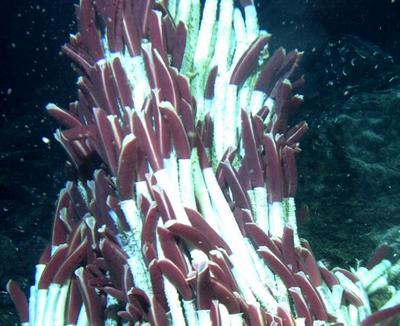 This is the photo of the giant tube worm.

Now let’s take a closer look at the existing chemosynthesis reactions and their equations; they all differ depending on the chemosynthetic bacteria.

Iron bacteria include filamentous and iron-oxidative leptotriks, spherotillus, gallionella, metallogenium. They live in fresh and marine waters. Iron bacteria form iron ore deposits due to the chemosynthesis reaction of oxidation of ferrous iron to ferric.

In addition to energy, carbon dioxide is produced in this reaction.

The other name of sulfur bacteria is thiobacteria; it is a very large group of microorganisms. These bacteria gain energy by oxidizing compounds with reduced sulfur.

The sulfur may accumulate in the bacteria, or be released into the environment in the form of flakes.

These bacteria (which live in the earth and water) receive their energy through ammonia and nitrous acid; they play a very important role in the nitrogen circulation.

Nitrous acid, obtained by this reaction, forms salts and nitrates in the earth, contributing to its fertility.