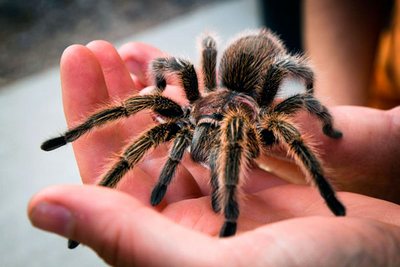 
Definitely, the tarantula is not the most pleasant representative of the animal world. The tarantula scientific name originates from Italy of the Renaissance. Many of these spiders lived in the cities of Italy, and as a result, many people were bitten by them. People suffered from convulsive seizure conditions because of the bite of the tarantula. And the largest number of people bitten was in the Italian city of Taranto, which gave the name to this spider – the tarantula.

An interesting fact: in order to cure the effects of the bite, medieval physicians prescribed to dance a special dance – tarantella. This medieval Italian dance by its name and history is directly connected with the city of Taranto, and with the hero of our today’s article – the spider tarantula. 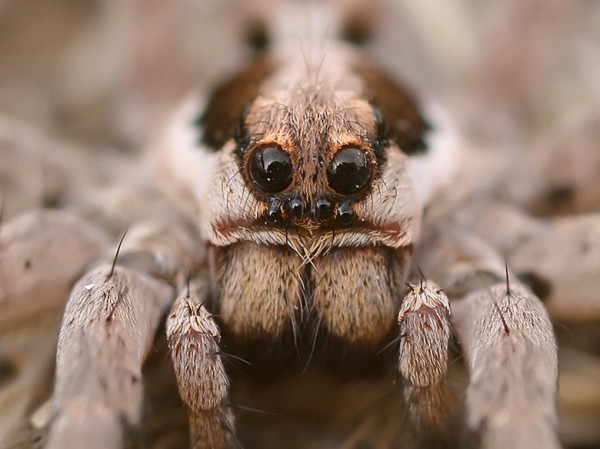 How big is a tarantula? The size of a tarantula varies from 2.5 to 10 cm. Like many insects in the world, tarantula females are usually bigger than males.

Throughout their lives, tarantulas change several times the peculiar chitinous “armor” that covers their body.

How many legs does a tarantula have? The tarantula has four pairs of long hairy legs, allowing the spider to comfortably move around the loose or even water surface.

A tarantula’s mandibles are covered with poisonous channels; they are very strong and serve as a means of defense and attack. 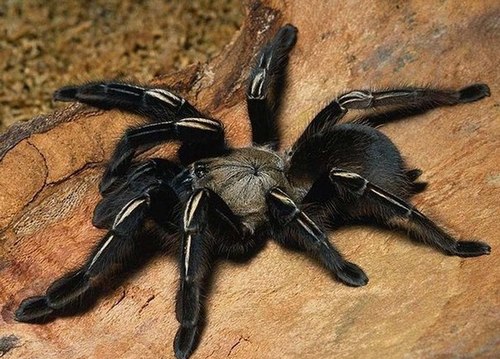 The color of the tarantula is usually brown, gray or black.

Where do tarantulas live? Tarantulas live in a wide geographic range: Eurasia (but only its southern part), North Africa, the North, and South America, and Australia. Steppe, forest-steppe, desert, and semi-desert climatic zones are chosen as places of their residence. Since tarantulas love heat, they don’t live in the northern cold latitudes.

During the day, these spiders hide in deep, vertical holes, while at night they go hunting.

What do tarantulas eat? Tarantulas are notorious predators, they eat small insects and amphibians: caterpillars, bear cubs, crickets, beetles, cockroaches, small frogs, etc. Tarantulas are making an ambush in the shelter, and then rapidly attacking. By attacking, they paralyze the prey with their poison, which later turns its insides into a nourishing liquid, and then the tarantula sucks it out like a “cocktail”. 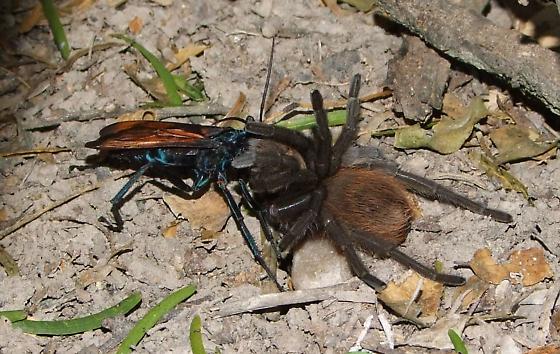 The process of absorption of food by a tarantula can take several days. Yet in general they are not very voracious and can live without food for a long time, the main thing is to have access to water.

How long do tarantulas live? The life span of tarantulas depends on their species. There are long-livers among them, for example, the tarantula of the species Aphonopelma can live up to 30 years, which is very much for an insect. The other tarantulas live less, on average 5-10 years. Moreover, the lifespan of female tarantulas is usually longer than that of males.

There are about 200 tarantula species. We will describe the most interesting of them. 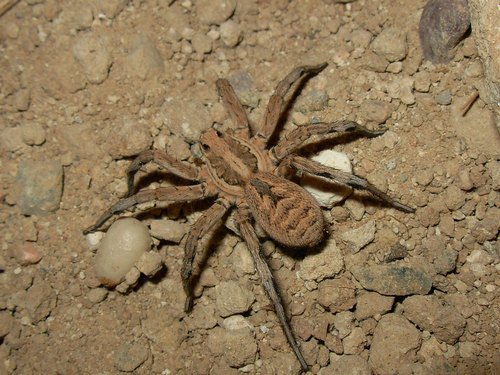 This tarantula lives in the south of Russia, Belarus, Ukraine, in the countries of Central Asia. This type of tarantula is small; its size rarely exceeds 35 mm. The South Russian tarantula has a special dark cap. With the onset of cold weather, these tarantulas are buried deep in their burrows, where they successfully hibernate. And with the onset of spring, they get to the surface. 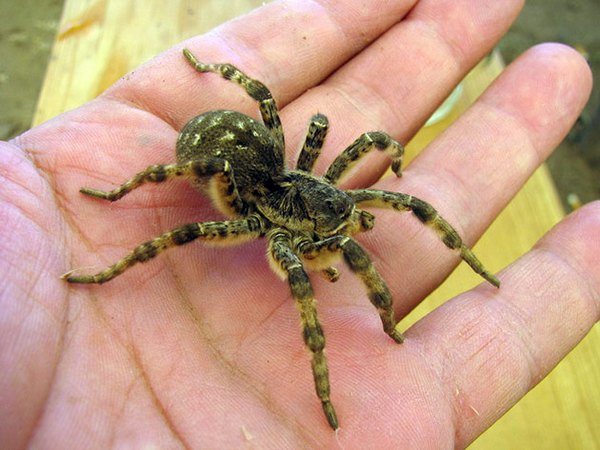 This tarantula also lives in the south of Europe, in Spain, Italy, Portugal, and in North Africa. It was once considered a subspecies of the Apulian tarantula but was later defined as a separate species. 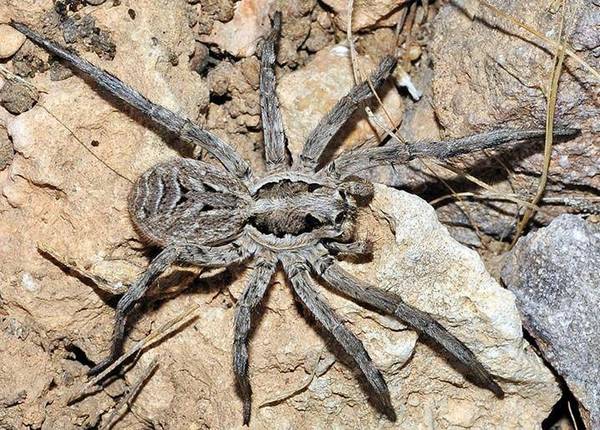 This species of dark brown tarantula lives in the tropical forests of South America, Brazil, Paraguay, and other South American countries. The Brazilian tarantula has a light longitudinal strip of a yellowish tint on the head. 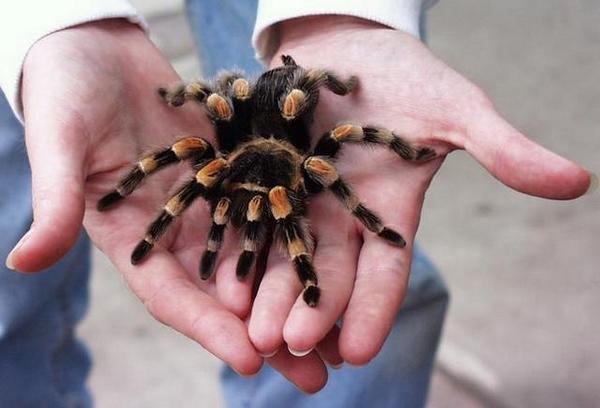 The mating season in many species of tarantulas takes place at the end of the summer. The sexually mature tarantula male weaves a web and then begins rubbing his abdomen against it. As a result of this, he ejaculates the seminal fluid, which falls on the web. Then the male immerses in it his pedipalps, which absorb it, and become ready for fertilization.

Only after this, the male begins the search for females. Having found his “lady”, the male begins a kind of mating dance. If the female replied to the “gentleman”, he plunges his pedipalps into her cloaca and fertilizes her. Then it is very desirable for the male to leave his “damsel” as soon as possible. Because female may eat her “cavalier” for a dinner, as it happens in praying mantises and some other insects.

The female tarantula begins to weave a special cocoon, where she lays her eggs. 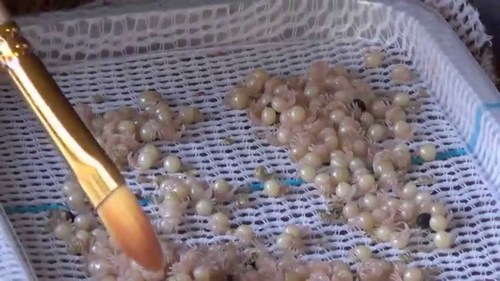 Eggs ripen for 40-50 days, and small tarantulas hatch from them. Baby tarantulas begin to grow rapidly, and by 2-3 years reached sexual maturity. 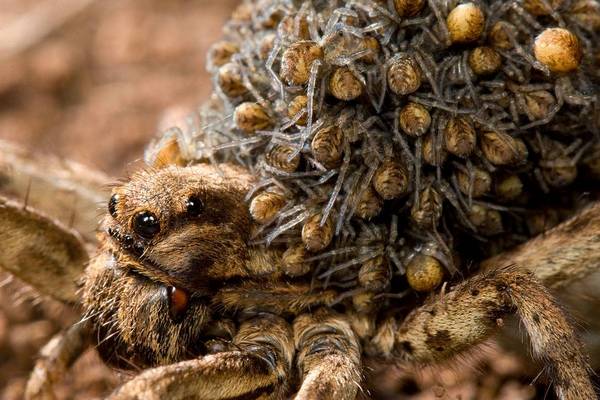 The tarantula itself is unlikely to attack a human. Yet this can be forced by the actions of the man. For example, if you accidentally touch the spider, the tarantula can bite as a measure of self-defense.

A tarantula spider bite is not dangerous for a healthy person, except for children and people with allergic reactions. It is necessary to seek professional medical help in such situation as soon as possible.

Symptoms of a tarantula bite and their consequences may look like this: 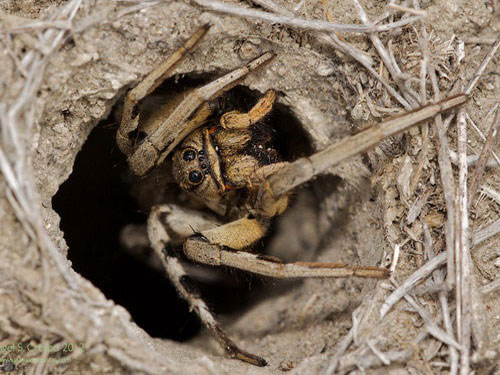 First of all, it is necessary to wash the wound with antibacterial soap and treat it with an antiseptic. Then cool the bite with an ice pack and take antihistamines. Of course, you should seek professional medical assistance.

Tarantulas can live in an aquarium or a terrarium. At the bottom of the tank, it is necessary to pour a substrate consisting of a mixture of sand, clay, and earth. Beside this, a terrarium for a tarantula should be equipped with an automatic water dispenser with fresh water and a shallow pool. 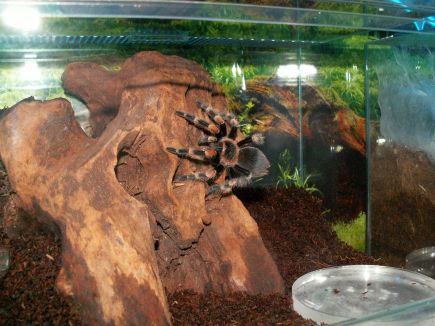 The optimum temperature for keeping these spiders should be 25-27 °C (77 – 80.6°F). You can feed the tarantulas with small pieces of fresh beef, as well as live cockroaches, frogs if you can catch them. Yet fortunately, they do not need to be fed often. So for an adult healthy tarantula, it will be normal to eat once a week.

It is also important to remember that only one tarantula can be kept in a terrarium. If there are two – only the strongest will survive as a result of constant skirmishes.