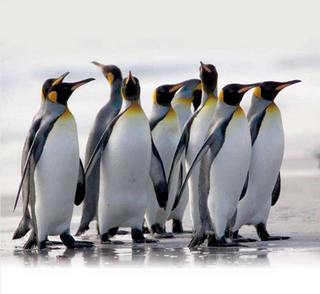 However, penguins live not only in Antarctica. These amazing birds inhabit… Africa, but only its southern part (South African Republic). What is the scientific name of a penguin? The word “penguin” according to one version of Welsh origin comes from the words “pen” – the head and “gwyn” – white. According to another version, the name of the penguins is of Latin origin, since the word “pinguis” means “fat” in Latin.

Penguins are first-class swimmers and first-class divers. Yet unfortunately, they are not able to fly. They move very awkwardly on the ground because of the peculiarities structure of their body.

A penguin’s body has a streamlined shape and developed muscles of the chest keel, which sometimes amounts to a quarter of the total weight of this bird. Besides this, a penguin’s body is usually quite plump (here we recall the Latin name of this bird) and is covered with feathers on the sides. 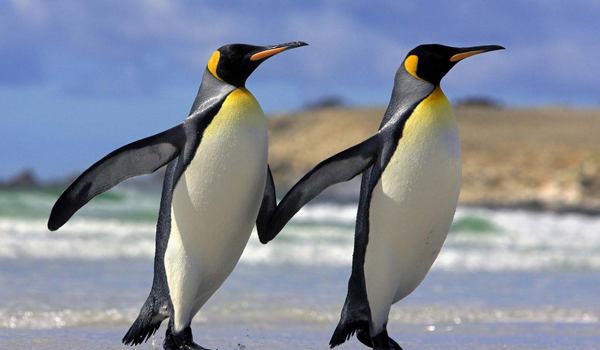 A penguin’s head is not very large, however, it is located on a mobile, flexible and short neck and has a strong and sharp beak.

Do penguins have wings or fins? The fact is that a penguin’s wings in the process of evolution transformed into flippers, which rotate in the shoulder joint during swimming. All this turns the penguin into an excellent swimmer.

The legs of the penguin are short and thick at the same time, with 4 fingers on each leg, interconnected by swimming membranes. A penguin’s legs structure leads to the fact that the penguins move so funny and awkward, they have to keep their body strictly vertically to the surface of the Earth. 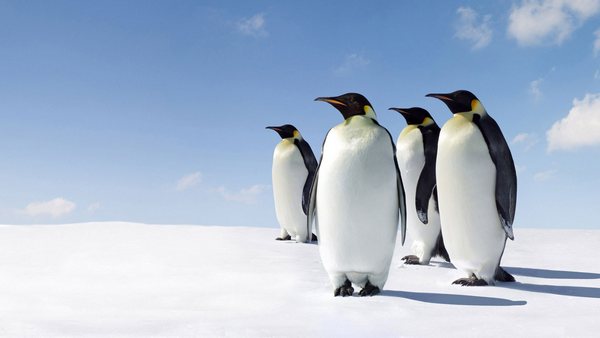 Penguins have a short tail consisting of 16-20 feathers; it helps them to maintain balance.

A penguin’s skeleton, unlike other birds, does not consist of hollow tubular bones; the bones of the penguin are more similar to those of mammals. A penguin’s warming fat helps them to live in the cold Antarctic.

The plumage of the penguins is thick and dense, the torso of the bird is covered with feathers like tiles, and they also protect them from getting wet in cold water. The color of the feathers and the penguins themselves is the same for everyone – a dark back and a white belly.

Penguins molt once a year, old feathers fall out, and new ones grow in their place. During this period, the penguins are located exclusively on land, where they are trying to take maximum shelter from cold weather. 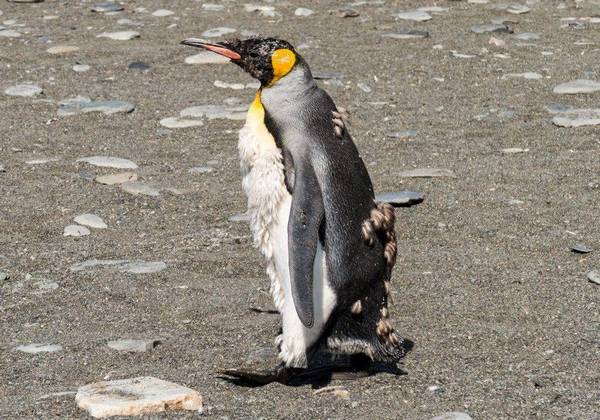 How big are penguins? The size of the penguins varies depending on their species. For example, the largest emperor penguin has 117-130 cm length and up to 40 kg of weight. The little penguin is only 40 cm long and weighs on average about 1 kg.

Where do penguins live? Under natural conditions, penguins live in the southern hemisphere of our planet, preferring cold Antarctica most of all. Besides this, they live in South America, southern Australia, and New Zealand, as well as in South Africa.

What do penguins eat? Penguins are omnivorous birds, so their diet includes various sea fish, crayfish, plankton, and small shellfish. A small octopus or squid can also be food for a penguin. Penguins catch their prey in the water since they are excellent swimmers. An average penguin can make up to 900 dives while hunting. The speed of a penguin in water can reach up to 10 km per hour. A penguin’s beak during the sea hunt works on the principle of a pump; it sucks up all small prey along with water. 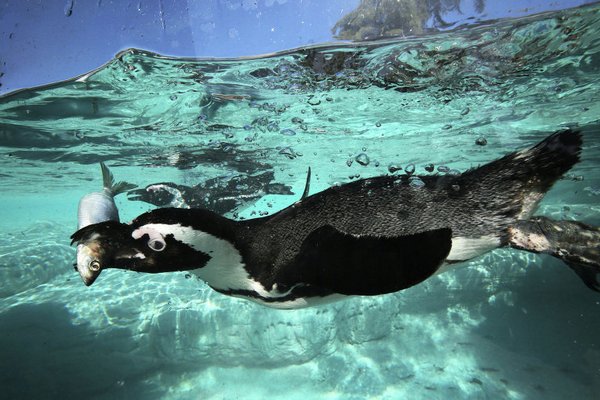 The most interesting feature regarding the lifestyle of these birds is the fact that matriarchy dominates in a penguin society. It is the penguin females that choose the males they like, look after them, seek their recognition, then the males, in turn, are engaged in incubation of eggs, while the females are looking for the food. In general, the role of relations between the genders in penguin society is diametrically opposed to many other members of the animal world.

Penguins are collective creatures and do not live in families or flocks, but form big bird colonies, that can reach up to a million individuals. The largest colony of the Antarctic penguin in the world is on the island of Zavadovsky in the southern Atlantic. According to approximate estimates, there are about 10 millions of penguins there. 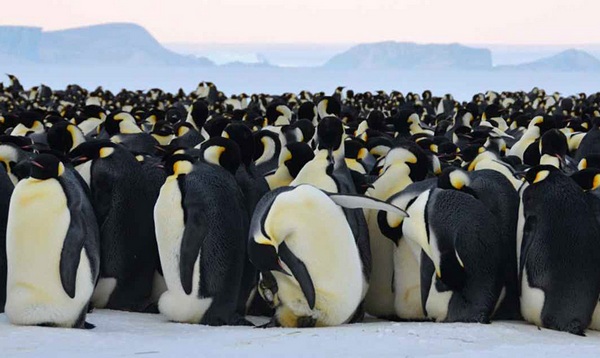 Penguins love to be in the company of their own kind. Yet during the mating season, the male together with the female leave the penguin society for some time and come back with a newborn baby. We’ll write about this in more detail below.

There are 6 genera and 19 species of penguins in the world. We will describe the most interesting of them. 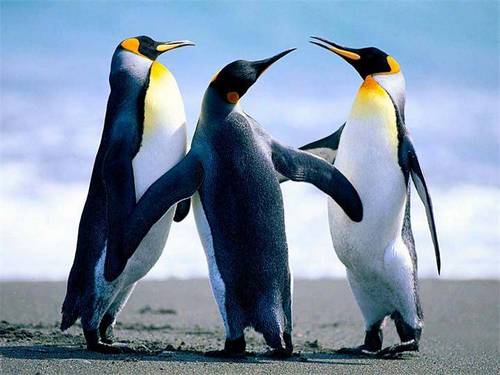 The king penguin is very similar to the emperor penguin, but it has a smaller size. The height of the king penguin, on average, is 90-100 cm, with a weight of 10-18 kg. The king penguin has dark gray back, sometimes almost black, the belly is as white as it is supposed to be to penguins, and bright orange spots are located on the sides of the head. King penguins live on many islands of the South Atlantic. 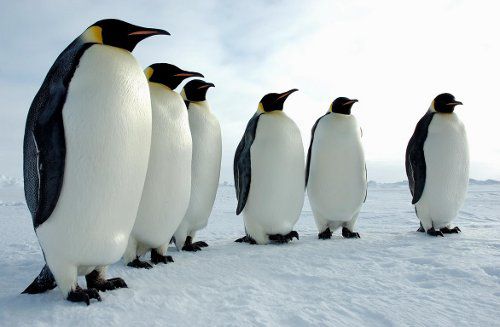 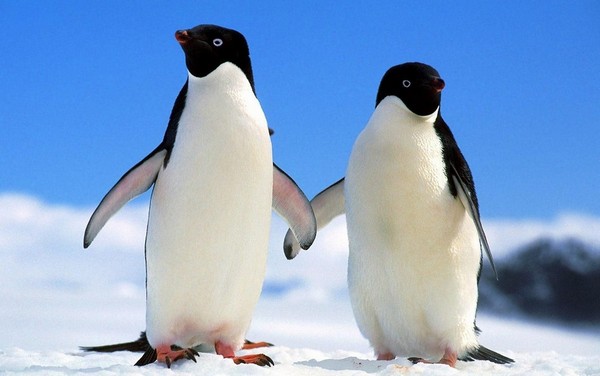 A distinctive feature of the northern crested penguin is the presence of bunches of black and yellow feathers on the head, giving the bird a more than unusual look. The size of this penguin is 55 cm in length and up to 3 kg of weight. The northern crested penguin lives on a number of islands in the South Atlantic. In our time these penguins are in danger of extinction. 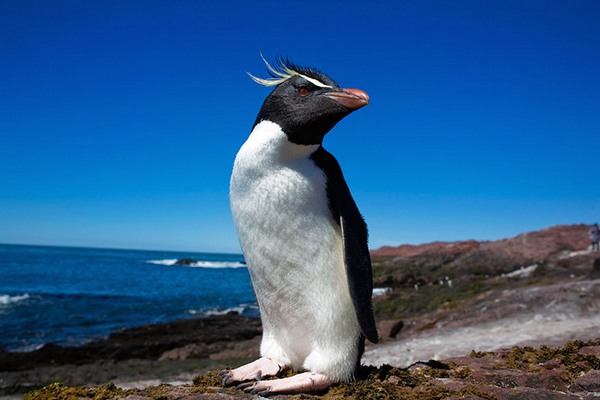 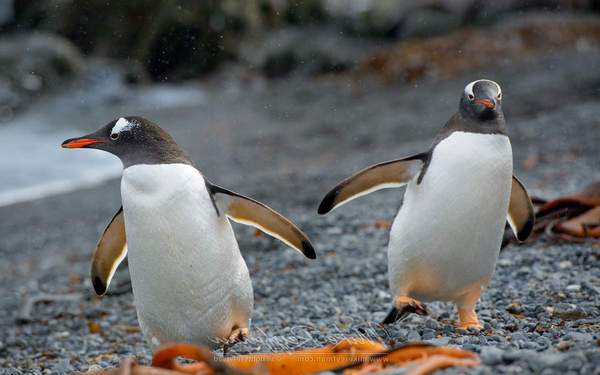 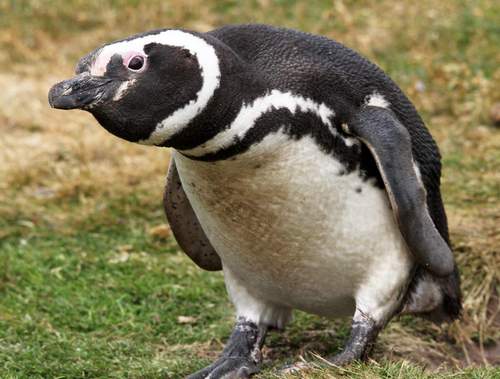 This penguin that lives on the coast of Antarctica has an additional black strip that runs along the head. Its length is 60-70 cm with a weight of 4-5 kg. 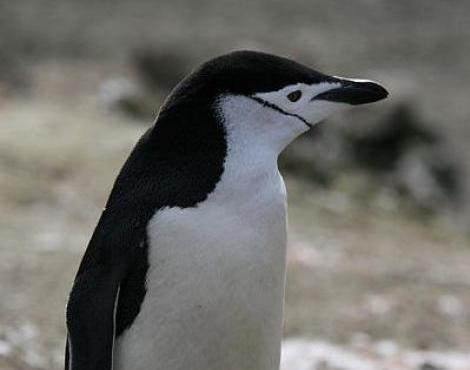 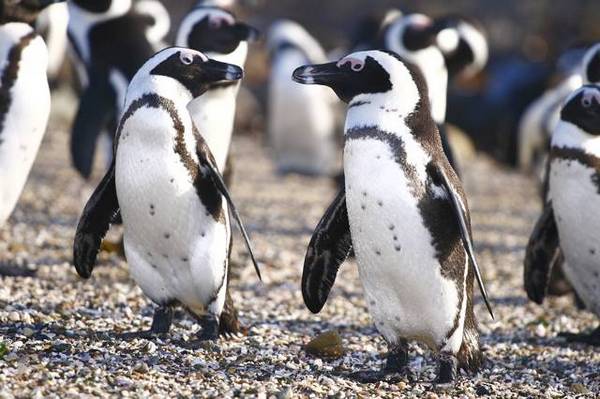 This is the smallest penguin in the world. Its height is no more than 40 cm, with weight up to 1 kg. These little penguins live on the coasts of Australia, New Zealand, Tasmania, and the adjacent islands. 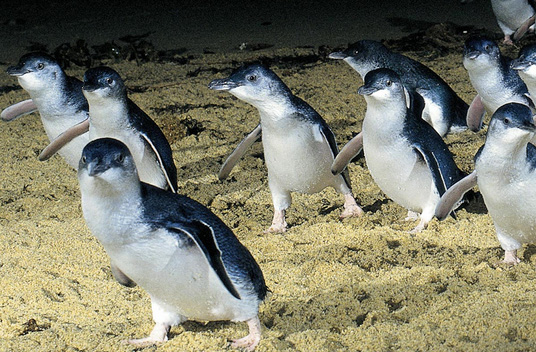 Matriarchy dominates in penguin society and females choose males for mating. Besides these, penguins are monogamous and create pairs for the whole life.

So, with the onset of the mating season, young females choose a suitable male for themselves and go with him for mating. As a result, a female has 1-2 eggs (in rare cases there may be three) after a certain time. Yet the father penguin (not the mother) deals with incubation of the eggs. The female at this time is hunting. 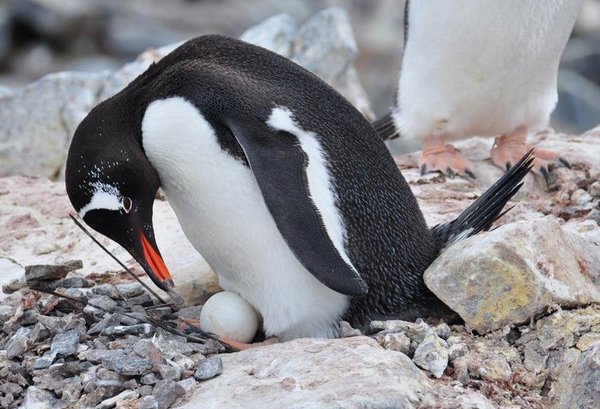 After 30-100 days (depending on the penguin species), small chicks hatch from the eggs. They are blind, and only after a few weeks, they begin to see the light. Despite the care and protection of parents, approximately 60% of the chicks die from hunger, cold, and the attacks of predatory birds – skuas, who love to feed on penguin chicks.

What does a baby penguin look like? Just see this picture. 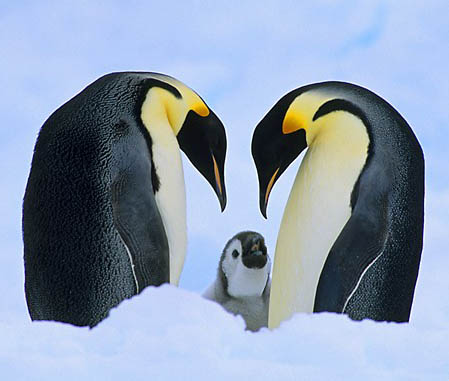 Before their first molt, little penguins live only on land. As they grow up, small penguins begin to unite in small groups, which zoologists call “kindergartens” for penguins. It is easier for young penguins to defend themselves from predatory skuas in a group.