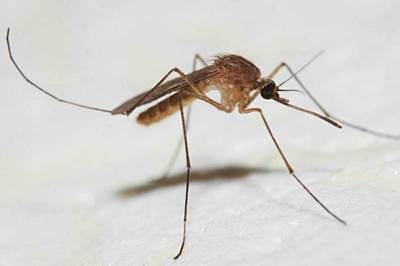 Mosquito is a very ancient representative of the fauna of our planet. These small flying bloodsuckers have bothered dinosaurs, and today they are no less annoying. In our article, you’ll learn everything about mosquitoes: habitats, diet, appearance, reproduction, and so on.

Mosquitoes belong to the Diptera squad and the family of blood-sucking mosquitoes. Mosquitoes have been living on Earth for 145 million years.

The mosquito has a thin body from 4 to 14 mm in length. Mosquito’s wings are transparent; they reach up to 3 cm in diameter and are covered with small scales. The abdomen of a mosquito consists of ten segments. A mosquito’s long legs have two claws. 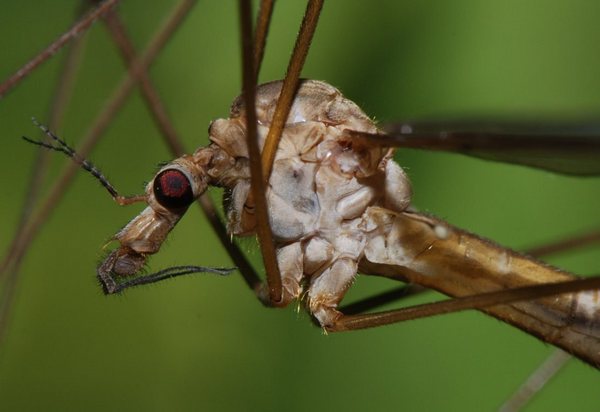 A mosquito’s color (in addition to the usual black or brown), can be quite unusual: green, yellow, orange, and red mosquitoes are found in Nature.

An interesting fact: there are wingless species among the large family of mosquitoes.

Besides this, mosquitoes have a kind of antenna, consisting of 15 parts. This “antenna” has olfactory organs and auditory receptors. It is with the help of such an antenna the mosquito finds its prey. 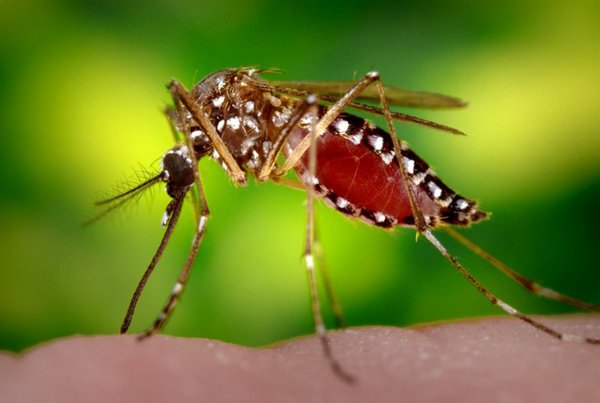 Where do mosquitoes live? Almost everywhere (except for always cold Antarctica). Yet these insects are most common in areas with a hot and humid climate, where they remain active throughout the year. Mosquitoes that live in more Northern regions fall into hibernation during the winter, awakening with the advent of spring. 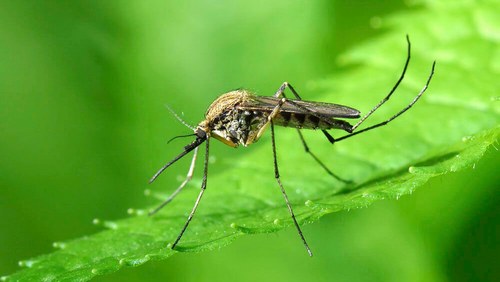 What do mosquitoes eat? It is probably no secret to anyone that only female mosquitoes suck blood, while males are quite harmless creatures. Male mosquitoes feed only on nectar or plant sap.

Yet for the reproduction of offspring, females need protein food, which they just get from the blood, both humans and animals.

Female mosquitoes sit on the skin of their prey, then gnaw a hole in the skin with sharp jaws, immerse their proboscis there, through which blood is sucked. Special saliva is injected into the wound simultaneously with a bite. A mosquito’s saliva does not allow blood to clot and causes an allergic reaction in the form of itching, redness of the skin and swelling. 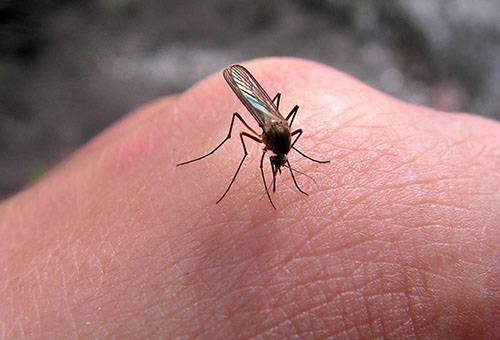 Not only the swelling and unpleasant itching may be caused by mosquito bites. Many mosquitoes can be carriers of dangerous viruses and infections. Mosquitoes that live in the tropics of Asia, Africa, and South America are especially dangerous, as they can be carriers of such dangerous diseases as malaria, encephalitis, yellow fever, Zika virus, West Nile fever, etc.

Mosquitoes have many enemies in natural conditions. So they and their larvae are a tasty treat for many insects, birds, fish, and amphibians: frogs, newts, salamanders, dragonflies, spiders, bats, water mites, lizards.

It is also very interesting that mosquito larvae often feed on the larvae of other insects such as the swimming beetle and dragonfly.

First of all the difference is in the structure of the oral organ – the male’s jaws are underdeveloped, because he does not need to gnaw through the skin to drink blood.

There are a great many different types of mosquitoes in Nature. We will describe the most interesting of them:

It is the most common member of the mosquito family. The common mosquito lives in a wide geographical area. These mosquitoes often bother us during forest picnics or walk near ponds. 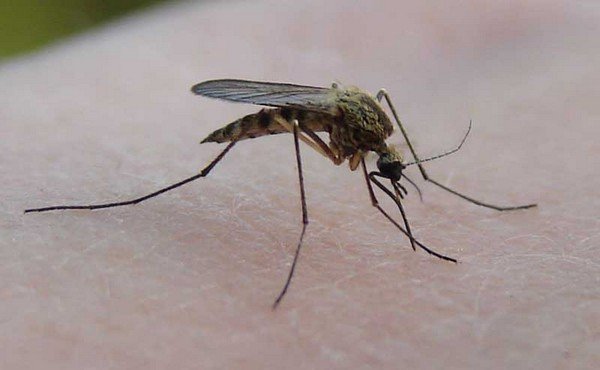 These mosquitoes live only in places with high humidity: near ponds, swamps, in shady thickets. They are quite big – reach 4-8 cm in length. Besides this crane fly is safe for humans, since it feeds only on nectar and plant sap, but can cause harm to farmland and forest plantations. 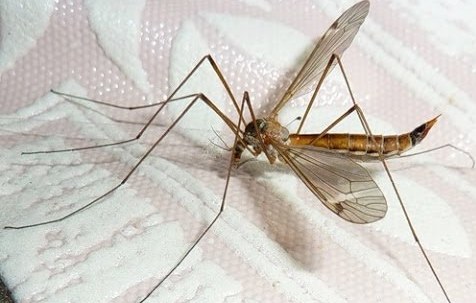 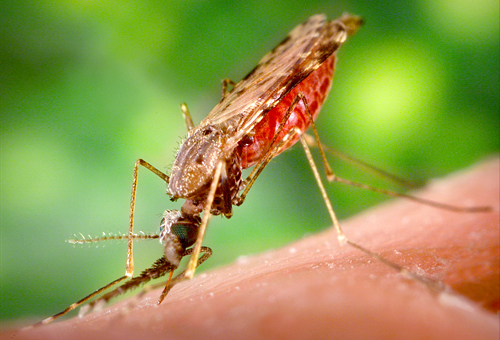 These mosquitoes are similar to the large spiders and centipedes. They differ from other mosquitoes in their ability to tolerate cold. 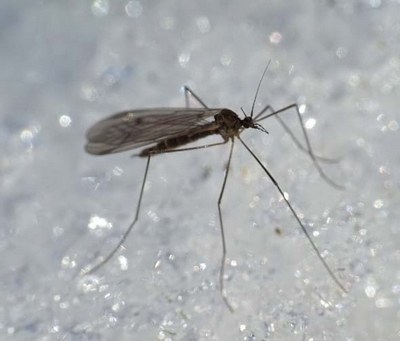 It is a harmless representative of the mosquito family, as it eats only plant foods. Chironomidae lives mainly near the water. It differs from other mosquitoes in its appearance – it has a yellowish-green color with long limbs. 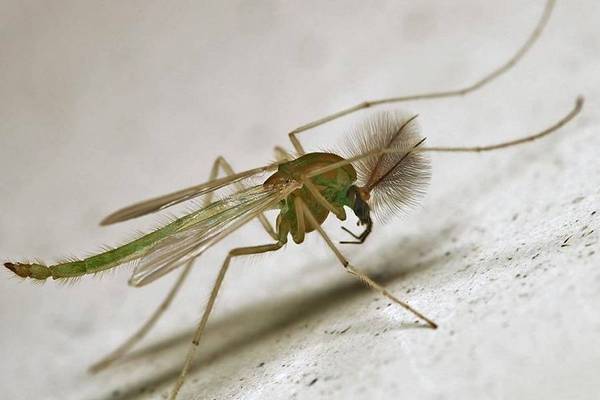 The life cycle of a mosquito consists of four stages:

First, males fly into the light, having gathered in a swarm, they expect females to mate. After mating, the fertilized female goes in search of the blood that she needs to lay her eggs. 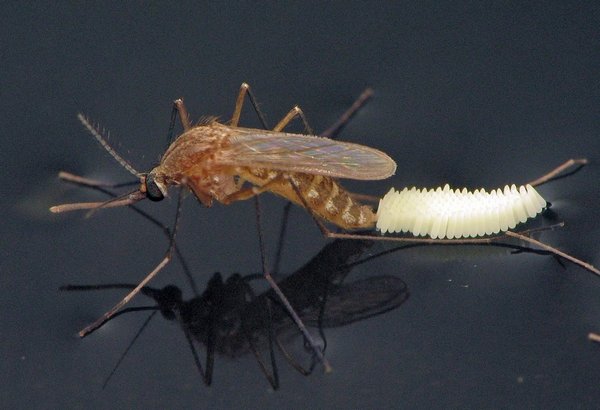 Sometimes mosquitoes have a bad habit of bothering people in every possible way. As a means of protection against mosquitoes, people have developed many tools, among which special mosquito nets will be very useful, preventing mosquitoes from entering the house through open windows.

Another effective mosquito repellent can be odor-producing substances that repel mosquitoes. Although their disadvantage may be that the smell of repellents can have a bad effect not only on mosquitoes but also on people.