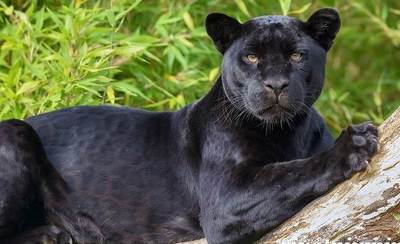 The panther is not a separate biological species, but a whole genus of the cat family, which includes such formidable predators as the lion, tiger, jaguar, and leopard. So the black panther is usually a leopard or jaguar with black color.

The black color of the panther is caused by special mutations in the animal’s genes, known as melanism. Such a mutation is very common among the predatory cat family. For example, half of all local leopards in Malaysia are black panthers with melanism.

The black color of these animals has practical importance (after all, nature is always wise in its actions). So many black panthers live in dense forests, where (with a lack of lighting) dark animals are less noticeable, which makes their lives much easier. 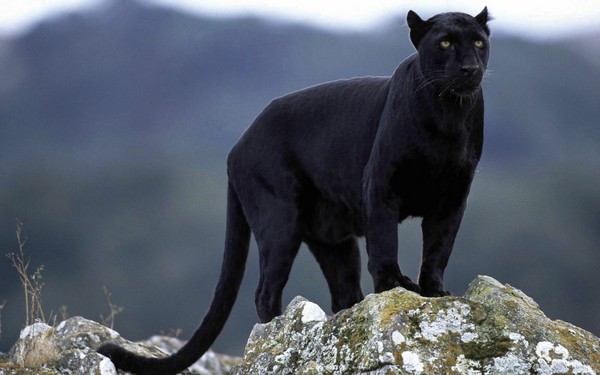 What color are panthers? All the panthers are black (black colors makes them panthers after all). Although if you’d look at the panther more closely, you can see that its fur is covered with dark spots of different shades.

How big is a panther? Panthers are quite big predators. The black panther weight is about 40-50 kg. If we are talking about black panther size, then this animal can reach up to two meters in length.

Besides this panthers have four big and powerful paws, with long and sharp claws, which are drawn into the fingers. 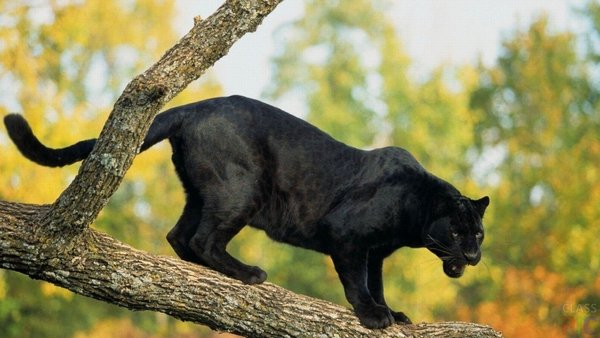 A panther’s head is very big, elongated, with small ears. A black panther’s eyes have medium size and large pupils. Besides this, the panther has sharp teeth and powerful jaws.

The panther has fur all over the body. Besides this, the panther has a very long tail, which sometimes can be up to half the length of the animal. 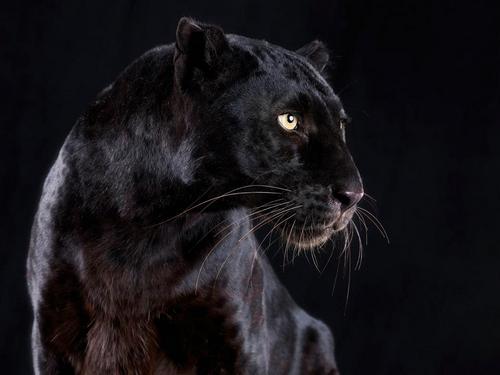 What do black panthers eat? All panthers are dangerous predators. If the panther is hungry, it can easily attack any prey, including humans. The panther diet consists of various herbivores: zebras, buffaloes, antelopes. Cows, sheep, horses have high chances to become food for panthers if they lost in the jungle.

Panthers always go hunting at night, due to the black color, they become almost invisible, which gives them the opportunity to watch for potential prey without any problems. 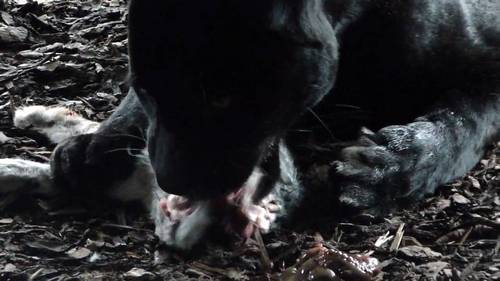 Panthers, like real members of the feline family, are individualists, preferring to live one, or in pairs of the male + female. Occasionally they can gather in the pride (as lions do) creating a small family of panthers, but this does not happen often.

Panthers are territorial animals; each panther has its own specific territory (hunting grounds).

Panthers are nocturnal, due to their black color, thanks to which night hunting is much more preferable than chasing wild game during the day. 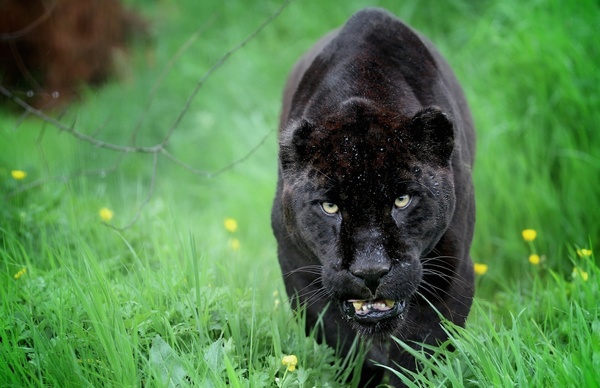 How long do black panthers live? The life span of a panther is on average 10–12 years, but there have been cases when the panther lived up to 20 years.

Panthers reach sexual maturity by the 2-3rd year. The male, finding a suitable female, enters into a sexual relationship with her. Having become pregnant, the female is looking for a safe and comfortable place for childbirth. 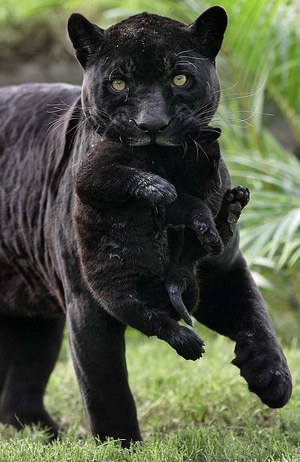 The pregnancy itself in the female panther lasts 3-3.5 months. Usually, a panther gives birth to two or three small kittens (well, not exactly a kittens). At first, they are blind, and only after a few days, baby panthers open their eyes. Mom panther takes to care for her babies, feeding them with milk, while dad, as a real earner, brings food.

In general, the panthers are very caring for their children, and at an older age, the mother panther teaches her babies how to move, how to hunt, and other tricks of their animal life. 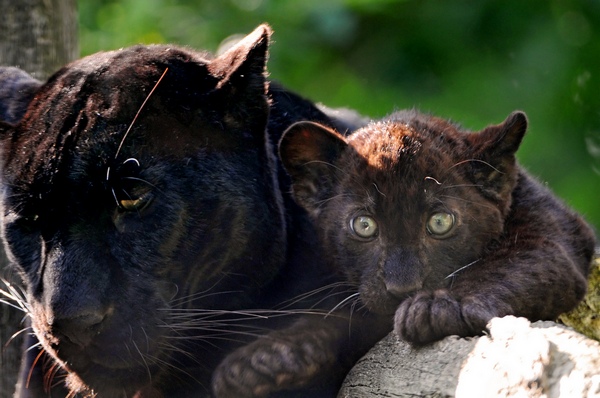