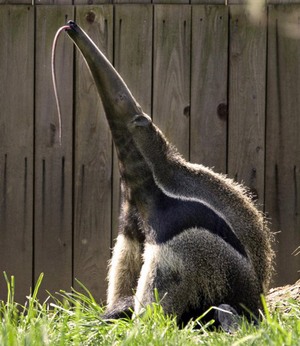 The anteater is one of the most amazing mammals on our planet. Thanks to their unusual appearance, anteaters gained wide popularity among lovers of exotic animals. Eccentric artist Salvador Dali was the first man who had an anteater as a pet. It is possible that the appearance of this animal inspired him to draw his strange pictures. Anteaters belong to the order of half-toothed teeth. Armadillos and sloths are their distant relatives.

How big are anteaters? The size of the anteaters varies depending on the species, so the largest giant anteater reaches two meters in length, but half of its size is in its tail. Anteaters weigh about 30-35 kg.

The smallest pygmy anteater is only 16-20 cm long and weighs no more than 400 grams. 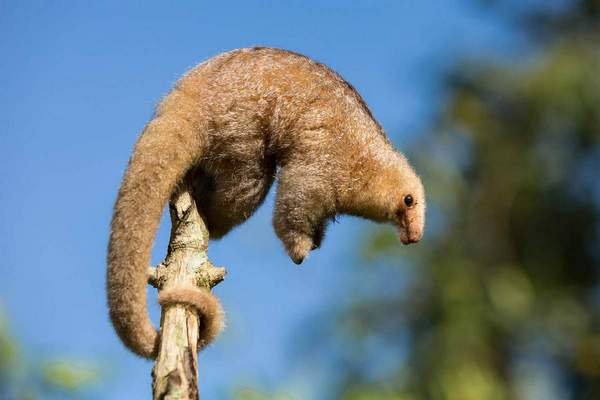 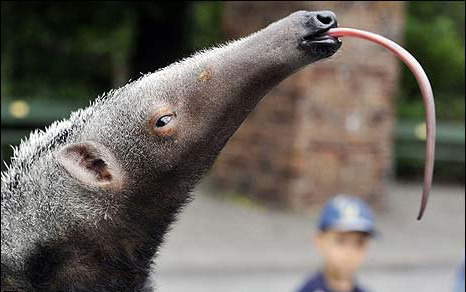 The eyes and ears of anteaters are not large, but the paws are strong, muscular, and besides this, they are armed with long and curved claws. These claws are the only detail of their appearance that reminds us of their relationship with sloths and armadillos. Anteaters have a well-developed nose and can smell potential prey at a long distance.

An anteater’s tail is muscular; it helps them to move through the trees.

The fur of the giant anteater is long, especially on its tail, which makes it look like a broom. Other species of anteaters have short and tough fur. 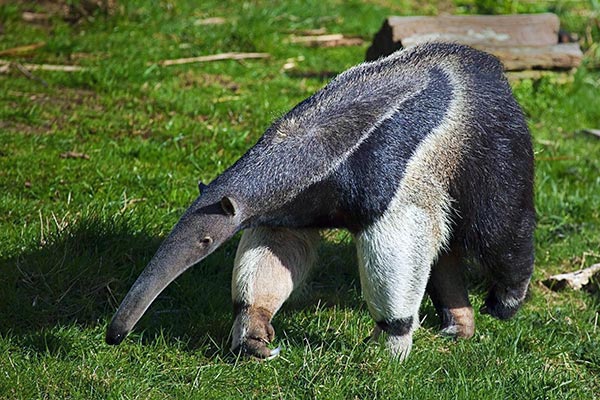 How long do anteaters live? The lifespan of anteaters is on average 15 years.

Where do anteaters live? Anteaters live only in Central and South America; many of them live in Paraguay, Uruguay, Argentina, and Brazil. The northern limit of their habitat is in Mexico. Anteaters are heat-loving animals and live only in places with a warm climate. They love to settle in forests (all anteaters, except the giant, easily climb trees) and grassy plains, where many insects live – their potential food.

What do anteaters eat? As you can guess from the name of this animal, the favorite food of anteaters is ants. But they do not mind eating other insects, but only small ones. The point here is the absence of teeth in anteaters, as a result, they swallow their prey, and it is digested by gastric juice in their stomach. Since the food of anteaters is small, and the sizes, on the contrary, are not so small they devote all their time to search for food in order to feed themselves. They roam the jungle, constantly sniffing out and drawing in everything edible like live vacuum cleaners.

In the process of food absorption, the anteater’s tongue moves at an incredible speed – up to 160 times per minute. The prey sticks to it thanks to sticky saliva. 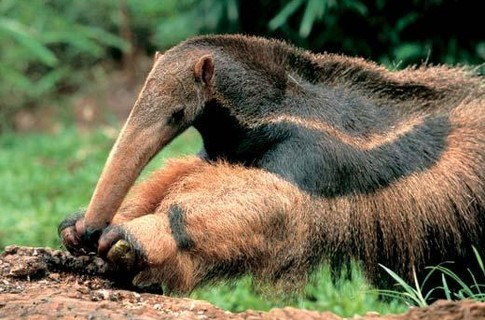 However, the anteaters themselves, in turn, can become prey for other dangerous predators, especially jaguars, panthers, and large snakes. In order to protect themselves, anteaters have muscular legs with claws. In case of danger, the anteater falls on its back and starts swinging in all directions with all its four paws. No matter how ridiculous and clumsy it would look, an anteater can inflict serious wounds on a potential predator in such position. 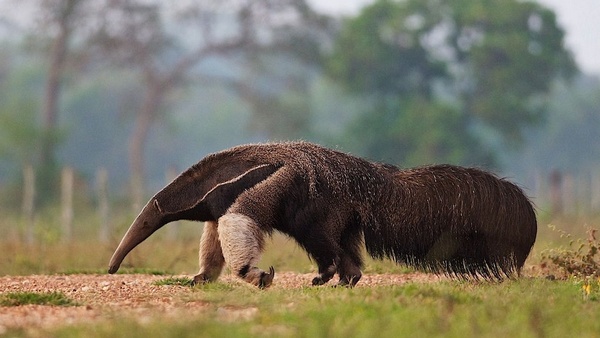 There are three types of anteaters. We will describe each of them. 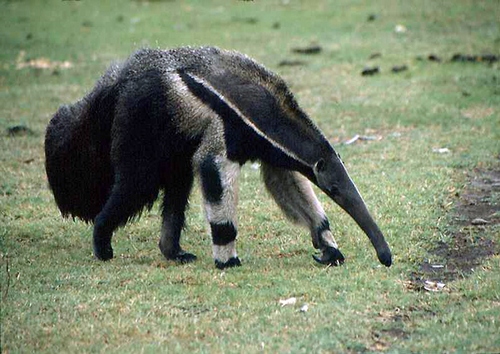 The pygmy anteater is the smallest anteater in the world. The pygmy anteater lives in the rainforests of South America. These anteaters know how to climb trees; moreover, trees for them are a safe place from predators. Like other anteaters, it feeds on small insects, ants, termites. 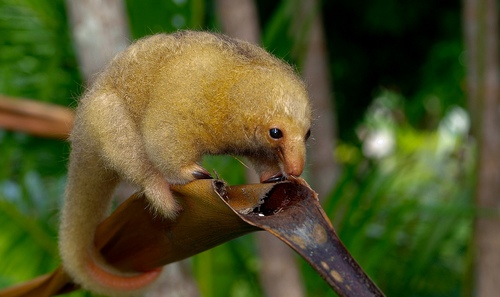 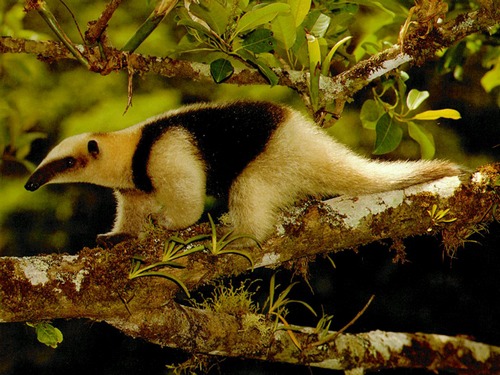 An interesting fact: the Indians of the Amazon keep anteaters as pets in order to fight ants and termites in their homes.

Anteaters mate twice a year: in spring and autumn. Pregnancy lasts from three months to six months, depending on the species, after which a completely naked baby anteater is born.

Interesting fact: dad anteaters take an active part in raising their babies, along with the mother, carrying them on their backs. 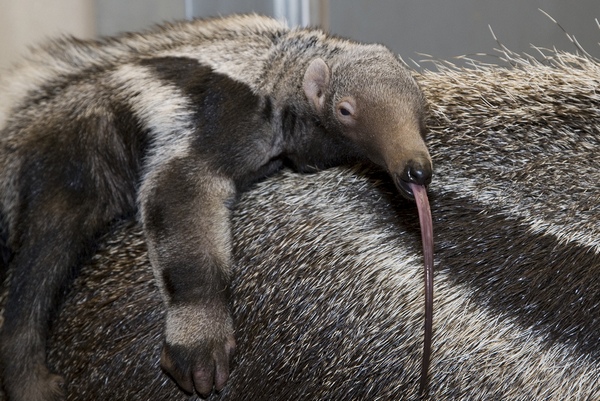 Small anteaters move only on the backs of their parents. They’ll begin to take their first steps only when they are 1 month old.