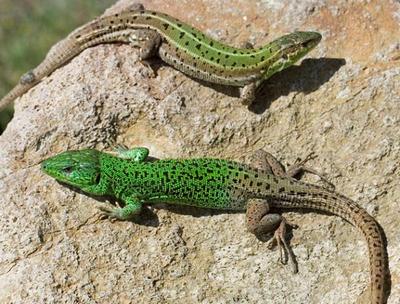 Lizards are very ancient representatives of the terrestrial fauna, as they existed in the distant times of the widespread domination of dinosaurs. The word “dinosaur” is translated as “big lizard” from Latin, although large lizards (dinosaurs) have disappeared forever from the face of the Earth, while their little relatives, ordinary lizards continue to inhabit our planet. What are the habits of these ancient reptiles – lizards? Where do they live? What do they eat? Read about all this further.

What does a lizard look like? Lizards are usually considered to be all reptiles with their legs. However, some types of lizards have no legs; they look almost like snakes. There are more than 6000 different species of lizards on our planet; and all of them differ in their habits, appearance, color, and habitat. Some of the especially exotic species of lizards at the moment is on the verge of extinction and for this reason, are listed in the Red Book.

The most common lizard has a body length of 10-40 cm. A lizard’s body is long, elastic, elongated, and has a long tail. 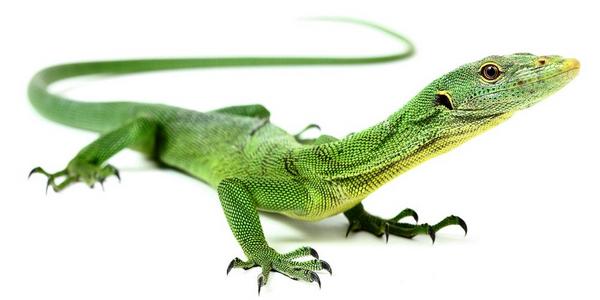 Unlike snakes, lizards have moving and separated eyelids. A lizard’s paws have a medium length; they have claws and are generally proportional to its body covered with keratinized scales. A lizard’s skin flakes off during a molt a couple of times per season.

A lizard’s tongue (depending on the species) has a different shape and size; it is mobile and easily sticks out from the mouth. Some lizards catch fish with the help of their tongue. 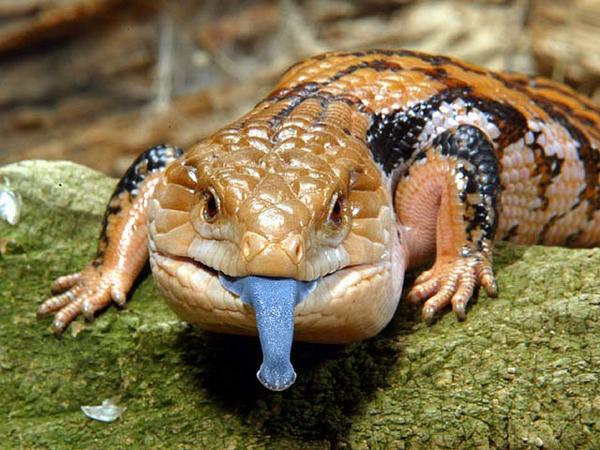 A lizard’s teeth are also their weapon; with their help, they grab and grind food, and sharp teeth literally cut the prey.

The skin of a lizard may have a wide variety of colors and patterns depending on the species. 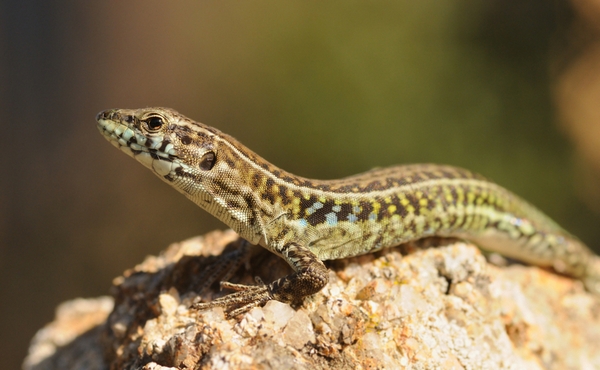 The color of the lizard also differs. Many lizards can change its color depending on the situation, sometimes merging with the surrounding terrain – their color mimicry is one of the main means of protection. Usually, lizards have combinations of gray, brown and green.

Some people ask: are snakes lizards? The answer is no. So, how do snakes differ from lizards? Those types of lizards that do not have legs are almost the same as snakes. Such lizards include, for example, the sheltopusik, which many consider to be a snake, although in reality it is a lizard, which simply has no legs. How to distinguish such a legless lizard from a real snake?

Sometimes lizards are confused with newts, and, of course, they have a lot in common: a similar structure of the paws and body, a snake-like head, a long rounded tail, moving eyelids and many more. Yet there are still some differences between them:

One of the most amazing and unique features of a lizard is its ability to throw off its tail in case of danger. How does this happen? The contraction of the muscle allows lizards to break down the cartilaginous structures of the tail. Blood vessels constrict strongly, so there is no blood loss during this procedure. The thrown tail continues to squirm for some time, this distracts the enemy, and the lizard has time to escape. A lizard’s tail will grow back in some time, but it will be shorter than the former one.

An interesting fact: it also happens that a lizard has not one, but two or even three tails. 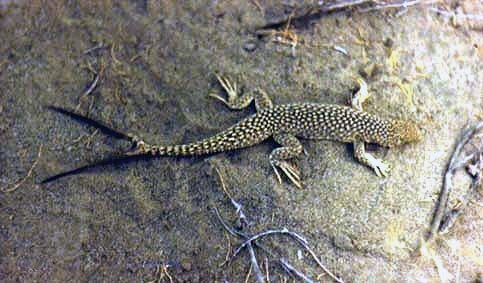 The male and female lizards look almost the same, although there are a number of signs by which we can determine the gender of a lizard.

In general, all methods for determining the gender of a lizard are not perfect, and it is only possible to recognize this male or female through a lizard’s blood test for testosterone, which can be done in a professional veterinary clinic. 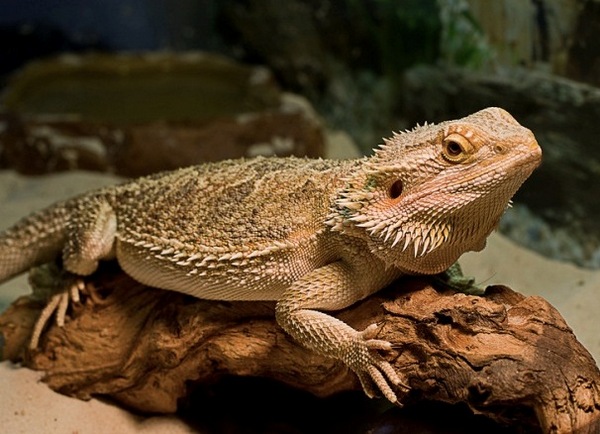 How long do lizards live? Lizard lifespan strongly depends on their species, usually, the smaller the lizard, the shorter its lifespan. So the smallest representatives of the kingdom of lizards live on average about 3 years, while the largest: iguanas and monitor lizards live for 50-70 years, almost like a human. Lizards live longer in the zoo than in wild nature.

Where do lizards live? Lizards live on all continents, with the exception of Antarctica. Lizards love the warm climate; they can be found in forests, meadows, steppes, deserts of any part of the world. They perfectly move on any surfaces, cling to them with their paws. 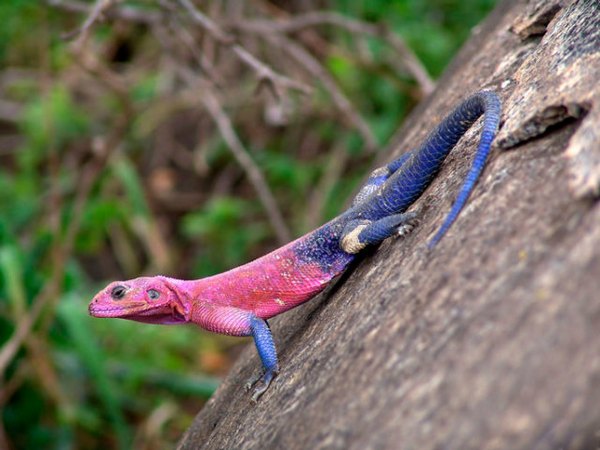 An interesting fact: the rocky species of lizards are excellent jumpers; the height of their jumps can sometimes reach up to 4 meters.

What do lizards eat? Lizards are omnivores. Most of all, they are predators and their food ration depends on the type and size of a particular lizard. Small lizards eat various insects: butterflies, grasshoppers, locusts, snails, various worms. Large lizards (for example, monitor lizards) hunt on various small animals: frogs, snakes, mice. The Komodo dragon (the biggest lizard in the world) hunt on wild boars, buffalos, and deer. 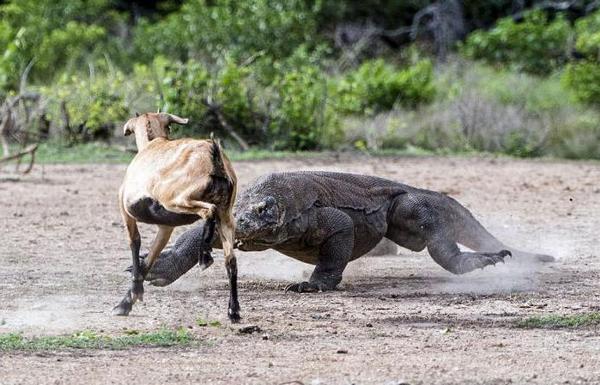 The lizards sneak up on their prey unnoticed, then make a fast jump and catch up the prey with their claws and sharp teeth.

Since lizards are omnivores, they can also eat vegetarian food — plant pollen, ripe fruit, and tree leaves. There are species of lizards that completely lead a vegetarian lifestyle, but most lizards still love to eat meat. 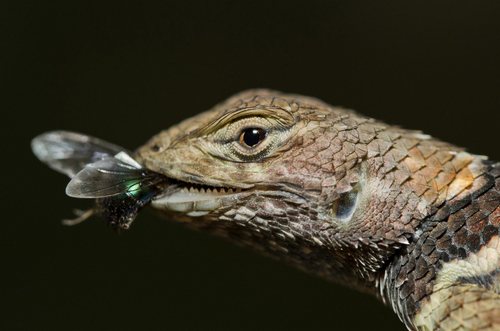 The lizards have many enemies in natural conditions; there are their closest relatives among them; for example, the monitor lizards eat other small lizards. Owls, eagles, hawks, foxes, bears, wolves, martens, and sometimes even cats can hunt for lizards. Snakes are also a big threat to many lizards.

Zoologists have divided all variety of lizards into 6 orders consisting of 37 families.

These squad include the following families: 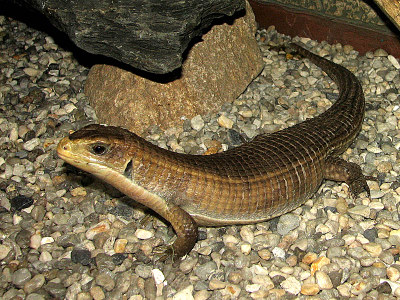 This order includes 14 families. The most interesting representative of this order is the African chameleon, which is able to change its colors. 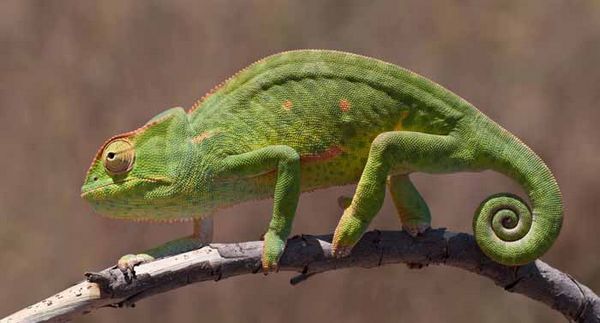 This order consists of 7 families. In particular, it includes legless lizard that lives in Australia and some islands of Oceania. 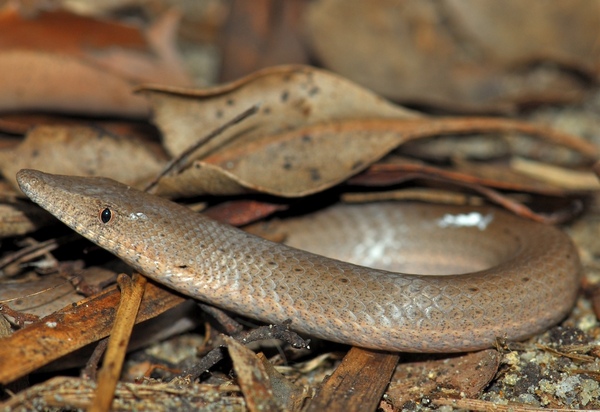 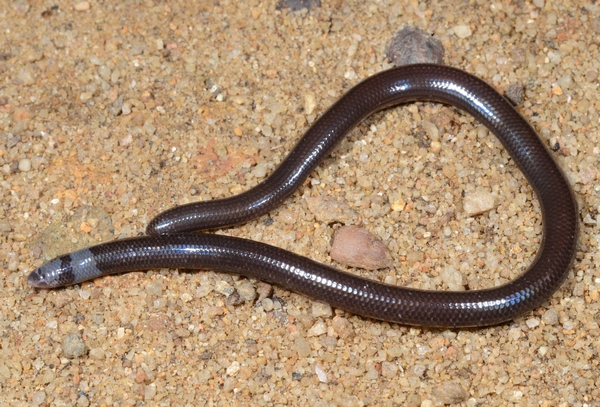 This order includes the largest representatives of lizards – monitor lizards (Varanus), which are also divided into several families. Monitor lizards live in many parts of Africa, Asia, Australia, as well as in New Guinea and many islands of Oceania. 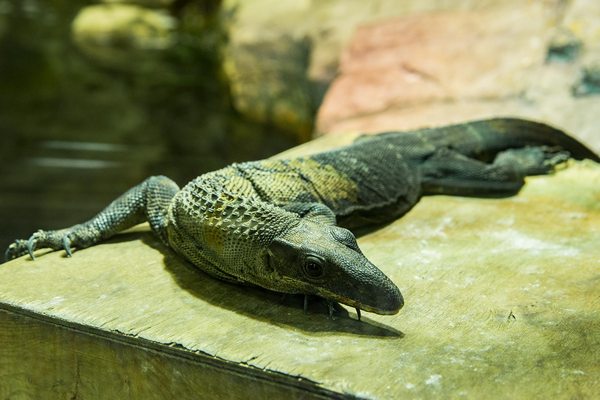 The Komodo dragon is not only the largest lizard in the world, but the most dangerous as well. The Komodo dragon lives in Indonesia on Komodo Island and amazes us with its incredible size – The Komodo dragon has up to 3 meters in length, with a weight of 80-85 kg. These giant lizards sometimes even attack cattle. 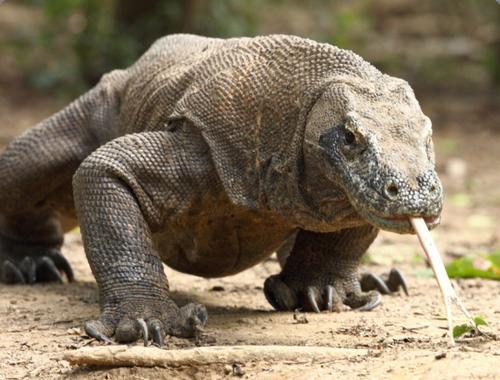 The Komodo dragon poses a considerable danger (including for humans) – there have been several recorded cases of attacks of these lizards on people. 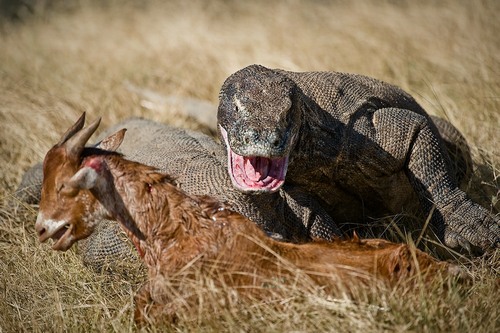 The Haraguan Sphero that lives in the Dominican Republic and the Virgin Islands is notable for being the smallest lizard in the world. Its size is 16-19 mm, and weight is 0.2 grams. 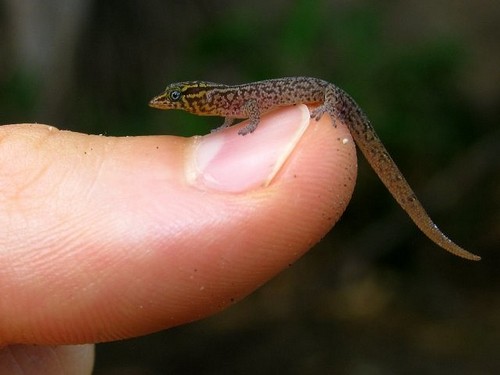 The mating season in lizards occurs in spring or early summer. Large lizards breed once a year, smaller ones – several times per season. If several males claim one female, then the largest of them will get “the damsel”. Smaller males prefer not to fight with a strong opponent. However, if the sizes of the males are equal, then there would be a fight between them, during which the males will bite each other violently. 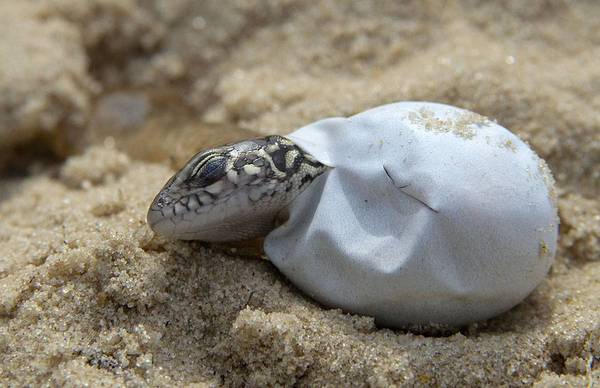 Female lizards bury their eggs under the ground or hide in various secluded places, caves, burrows. The incubation period for lizard eggs lasts from 3 weeks to 1.5 months. After that period the small baby lizards come to light. Baby lizards immediately begin an independent life.

Newborn lizards, as well as many small species of lizards, are eating insect pests, which benefit mankind.

Some exotic species of lizards are very popular among terrarium animals. So if you decide to have a pet lizard, then you will need to feed a lizard properly.

Fortunately, the lizard is not capricious, in the warm season it needs to be fed three times a day, and in the winter, due to the low activity of the lizard itself, it can be fed twice a day. You can feed your pet with the mealworms, grasshoppers, spiders, fresh chicken eggs and pieces of raw meat. Some lizards are very fond of a mixture of chopped boiled chicken, grated carrots and lettuce leaves. It is also very important that the lizard in the terrarium always has fresh drinking water. 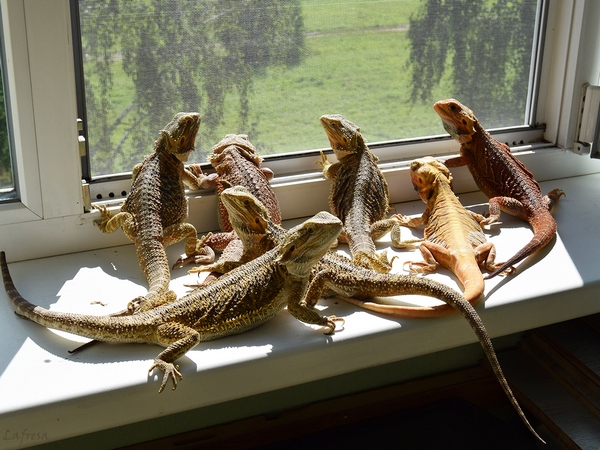