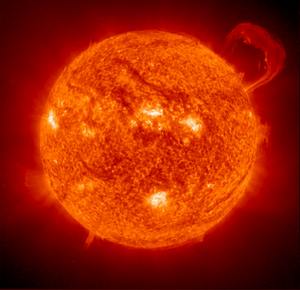 Our Sun is truly a unique star, only because its luminosity has allowed to create conditions suitable for life on our planet Earth, which is at an ideal distance from the Sun Since ancient times, the Sun was under the attention of a man. If in ancient time, priests, shamans, druids worshiped the Sun as a god (there were solar gods in all pagan cults), now the Sun is actively studied by scientists: astronomers, physicists, astrophysicists. What kind of star is the Sun? What are characteristics of the Sun? How old is the Sun? We’ll answer these questions in our article.

Position in the Galaxy

Despite its huge size relative to our planet (and other planets) on a galactic scale, the Sun is far from being the biggest star. The Sun is a very small star; because there are stars that are much bigger than the Sun. Therefore, astronomers attribute the Sun to the class of yellow dwarfs.

The Sun located in the Milky Way galaxy, closer to the edge of Orion’s arm. Remoteness from the center of the galaxy is 7.5-8.5 thousand parsecs. In simple terms, we are not in the center of the Galaxy, but not in its border as well. 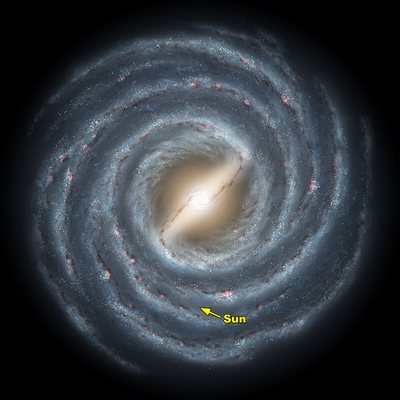 Here is the location of the Sun on the galactic map.

According to the astronomical classification of celestial objects, the Sun belongs to the G-class star. The Sun is brighter than 85% of other stars in the galaxy, many of which are red dwarfs. The diameter of the Sun is 696342 km, weight – 1.988 x 1030 kg. If we compare the Sun with the Earth, then it is 109 times bigger than our planet and 333000 times more massive. 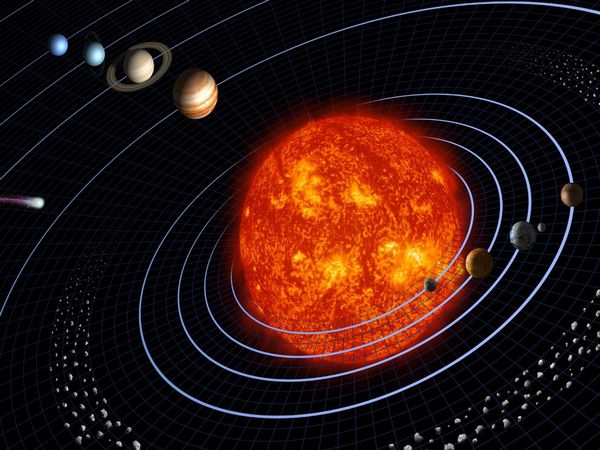 The comparative size of the Sun and other planets.

Although the Sun seems yellow to us, its true color is white. The visibility of the yellow color is created by the atmosphere.

Besides this, the Sun has a strong magnetism; there are north and south magnetic poles and magnetic lines on its surface, which are reconfigured at intervals of 11 years. Intense solar emissions occur during these processes. The solar magnetic field affects the Earth’s magnetic field.

The core of the Sun has the highest density and occupies approximately 25% of the total solar volume. 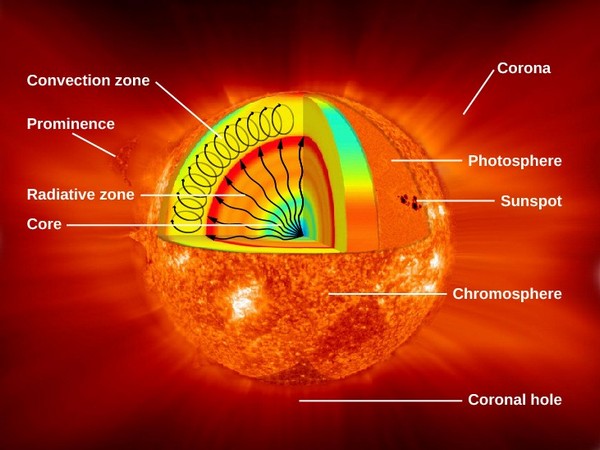 The composition of the Sun.

In the solar core, nuclear energy is generated by nuclear fusion that transforms hydrogen into helium. In fact, the core is a solar motor of its own kind; thanks to it, our Sun emits heat and warms us all.

There are spots on the Sun. Sunspots are darker areas on the solar surface, and they are darker because their temperature is lower than the temperature of the surrounding photosphere of the Sun. The sunspots themselves are formed under the influence of magnetic lines and their reconfiguration.

The solar wind is a continuous stream of plasma coming from the solar atmosphere and filling the entire solar system. The solar wind is formed due to the high temperature in the solar corona, the pressure of the overlying layers cannot be balanced with the pressure in the corona itself. Therefore, there is a periodic release of solar plasma into the surrounding space.

The solar eclipse is a rare astronomical phenomenon, in which the Moon covers the Sun, completely or partially. 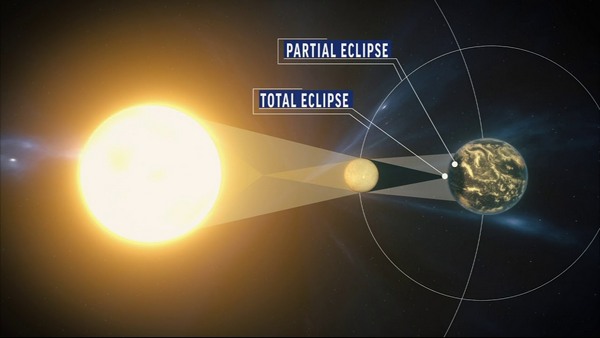 Scientists believe that the age of the Sun is 4.57 billion years. At that time, it was created from a part of the molecular cloud represented by helium and hydrogen.

How was the Sun formed? According to one hypothesis, the helium-hydrogen molecular cloud (due to the angular momentum) started rotation and simultaneously began to heat up rapidly as the internal pressure increased. At the same time, most of the mass was concentrated in the center and turned into the Sun itself. Strong gravity and pressure led to an increase in heat and nuclear fusion, thanks to which both the Sun and other stars work. 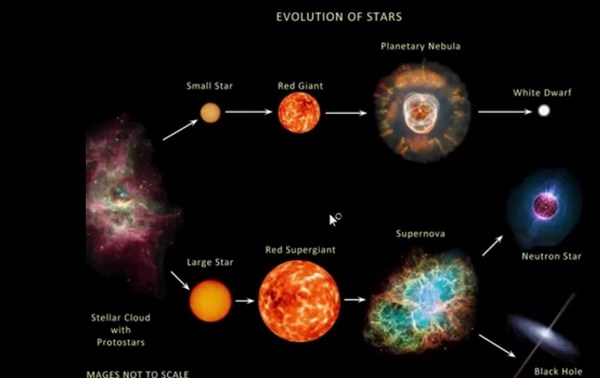 This is the evolution of a star, including the Sun. According to this scheme, our Sun is in the phase of a small star, and the current solar age is in the middle of this phase. After 4 billion years, the Sun will turn into a red giant, further expand and destroy Mercury, Venus, and possibly our Earth. If, however, the Earth as a planet survives, then life on it will no longer be possible by that time. After 2 billion years the Sun’s glow will increase to such an extent that all terrestrial oceans simply boil away, the Earth will be burned and turned into the desert. The temperature on the Earth’s surface will be 70 °C (158 °F). Therefore, we still have about a billion years to find a new refuge for humanity in a very distant future.

But back to the Sun, becoming a red giant, it will stay in this state for about 120 million years, then the process of reducing its size and temperature will begin. When the remnants of helium in its core will be burned the Sun will lose its stability and explode, becoming a planetary nebula. The Earth at this stage (as well as the neighboring Mars) will most likely be destroyed by a solar explosion.

After another 500 million years, a white dwarf will form from the solar nebula.