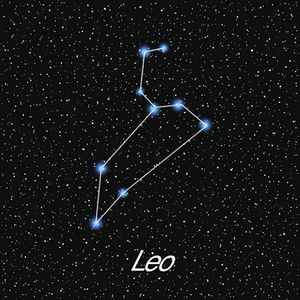 The ancient Greeks (who loved mythology so much) observing Leo constellation saw the Nemean lion killed by the legendary hero Hercules during one of 12 exploits. 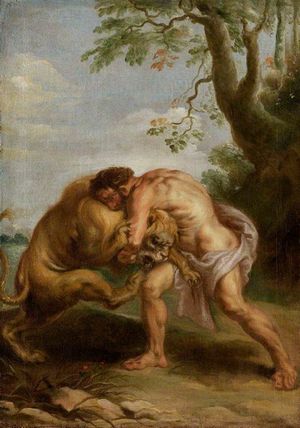 Hercules fights with a lion.

In reality, the Greeks adopted many things from the Babylonians, including astronomical knowledge. Yet as we know, the ancient Greeks associated the constellations in the sky with their myths, so our “star lion” became the hero of the ancient Greek myth.

Yet the Greeks are not the only ones who associated their myths and legends with the Leo constellation. The ancient Egyptians believed that the greatest rulers and pharaohs are born during the period when the Sun is in Leo. As for the Babylonians and the Persians, then their Leo was associated with fire because during the Leo period it was especially hot.

Leo constellation is the fifth largest constellation. The lines of the ecliptic and the celestial equator pass through it. 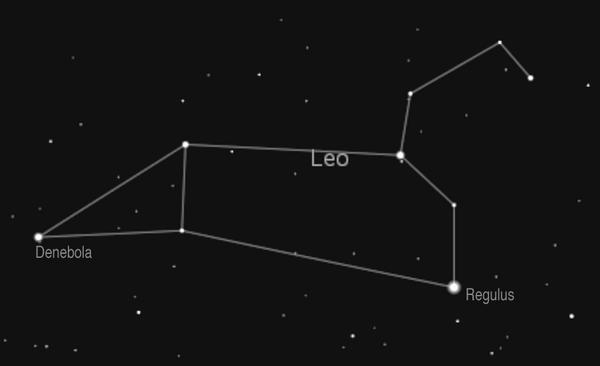 Besides this, the Leo constellation is located next to other famous neighbors: the constellations Ursa Major, Hydra, Lynx, Veronica and the already mentioned Virgo and Cancer.

So, if you look at the Big Dipper of the Ursa Major constellation and imagine that water is pouring from its far edge, then this water will fall … just on the scruff of Leo. 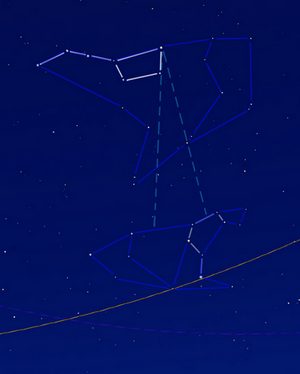 Six bright stars arranged in the shape of a sickle form a lion’s head. The brightest star – Regulus (Alpha Leo) marks a lion’s heart. Denebola (Beta Leo) – another bright star crowns the tip of his tail. Algieba (Gamma Leo) lies on his cheek, although the very name of this star means “forehead.” And finally, the star Zosma (Gamma Leo) adorns the thigh of the beast.

In addition to the main brightest stars, the Leo constellation also has many other stars that are not so bright (there are about 120 of them), most of them can be observed only with the help of a professional astronomical telescope. 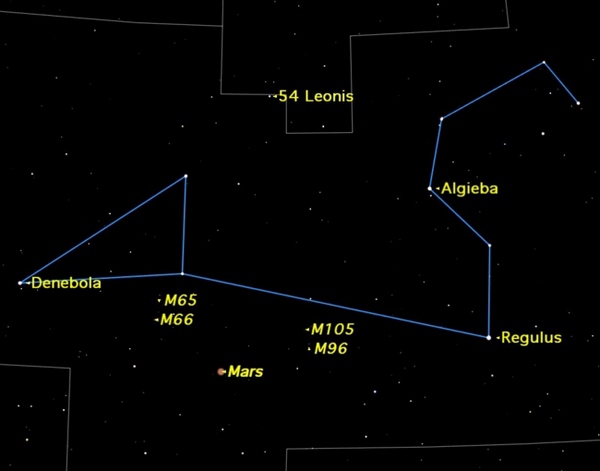 Stellar diagram of the Leo constellation.

This is the brightest star in the Leo constellation and the 22nd star in brightness in our night sky. In fact, Regulus is not one star, but a whole system of 4 stars, consisting of two stellar pairs. The first pair consists of a large young blue star Regulus A and a white dwarf. Both stars revolve very quickly around a common center of mass – a complete cycle completes in 40 days. The second pair of stars is a system of orange and red dwarfs, which are located at a distance of about 100 astronomical units from each other. (The second pair of stars is practically invisible from the Earth since they are often blocked by the Moon, Venus, and Mercury

According to the astronomical classification, the Regulus is a spectroscopic binary star of the main sequence. It is located at a distance of 70 light-years from us. As for the name, the star was named by Arab medieval astronomers, who poetically called it “Kalb Al-Assad,” which in Arabic means “The Heart of a Lion”. European astronomers called it “Regulus”, which in Latin means “Prince”. 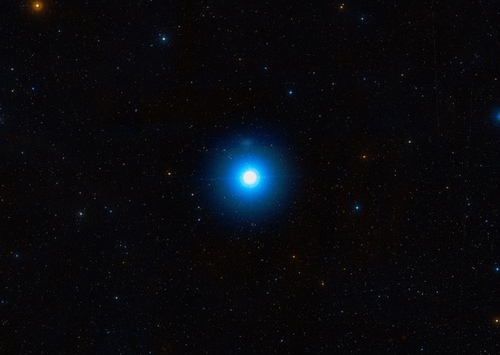 This is the second brightest star (and the 61st brightest star in the sky). Its name comes from the Arabic “Danab al-Assad”, which means “tail of a lion.” The mass of this star is about 1.8 times bigger the mass of our Sun, and the star itself is 12 times brighter than the Sun. Denebola is a hot white giant, the layers of its substance constantly move inward or outward, because of which it constantly flickers, changing its shine every 2-3 hours.

Like Regulus, Algieba is not an ordinary single star, but an entire star system consisting of two stars, much larger than the Sun, both in size and in luminosity. The first of the pair of stars “Algieba A” is an orange giant; it is 180 times brighter than the Sun. Its companion, who is a yellow star, is slightly smaller; it is only 50 times brighter than the Sun. The star pair of Algieba can be easily seen even in a small amateur telescope. Algieba is located at a distance of 130 light-years from us.

The name “Algiyeba” comes from the Arabic “Al Jeba”, which means “forehead”, although this star (or rather a star pair) symbolizes the lion’s mane.

The stars entering the Leo constellation form a cluster, which astronomers scientifically call the word “asterism”. The asterism of Leo in its form resembles a “sickle,” which consists not only of stars but of entire galaxies. 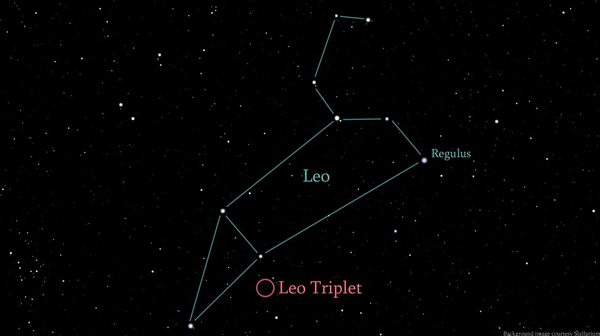 In particular, the so-called Triplet of Leo, which includes such galaxies, is of great interest to astronomers: 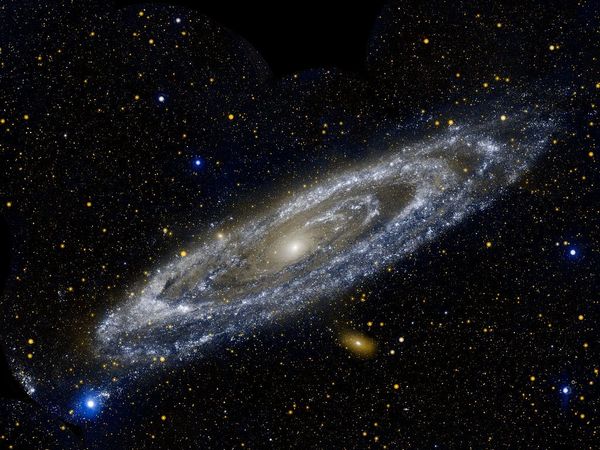 These galaxies (like our neighbor Andromeda, like our galaxy) are also spiral-type, and they are about 35 million light-years distant from us. At the end of the twentieth century, astronomers recorded three supernova explosions in the galaxy M66.