Black Holes in Space: the Most Interesting Facts 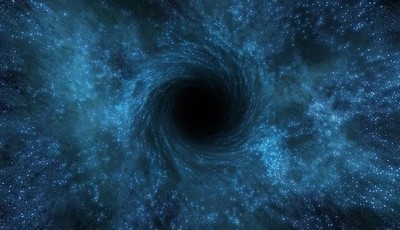 Black holes are the most mysterious astronomical objects in our Universe. Their discovery has attracted the attention of scientists and science fiction writers. What are black holes and how are they created? Black holes are extinct stars, due to their physical features, possessing so high density and so powerful gravity that even the light cannot escape beyond their border.

The theoretical existence of black holes, (long before their actual discovery), was suggested by D. Michel (an English priest from Yorkshire, he was fond of astronomy) back in 1783. According to his calculations, if the Sun would be compressed to a radius of 3 km, a large force of gravity would be formed that even the light cannot leave it. This is how the concept of a “black hole” appeared.

Later, in 1918, the great scientist Albert Einstein wrote about black holes in the context of the theory of relativity. Yet it was only in 1967, through the efforts of American astrophysicist John Wheeler, that the concept of black holes finally got a place in academic circles.

Anyway, D. Michel, Albert Einstein, and John Wheeler assumed only the theoretical existence of black holes in outer space, but the true discovery of black holes took place in 1971. It was then that they were first seen in the telescope. So now you know how black holes were discovered. 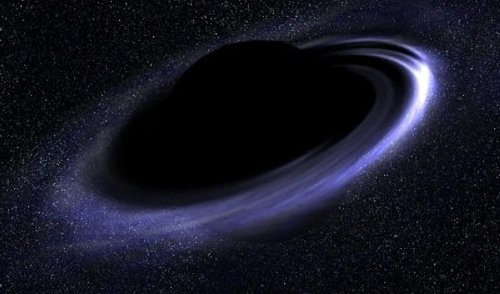 Picture of the black hole.

As we know from astrophysics, all stars (including the Sun) have some limited fuel supply. Although the life of a star can last billions of years, sooner or later this fuel supply comes to an end, and the star “goes out”. The process of “extinction” of the star is accompanied by intense thermodynamic reactions, during which the star undergoes a significant transformation. Depending on its size, the extinct star turns into a white dwarf, a neutron star or a black hole. Moreover, the largest stars, which have incredibly big size, usually turn into a black hole. There are multiple increases in the mass and gravitational force of the newly formed black hole, due to the compression of these incredible sizes. The black hole turns into a kind of galactic vacuum cleaner – absorbs everything and everyone around it. 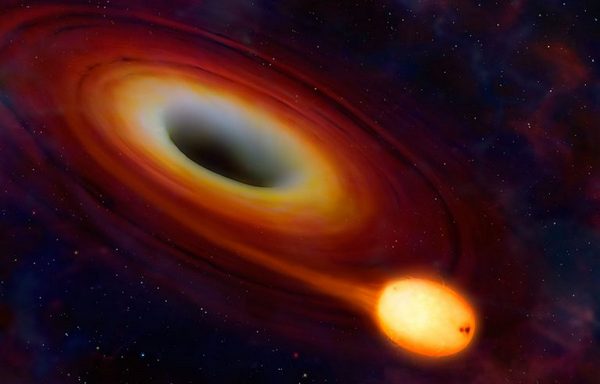 The black hole absorbs the star.

A small remark — the Sun is not a large star (by galactic standards), and won’t turn into the black hole after extinction (which will occur in several billion years).

In reality, “black holes” are not black at all. The term “dark holes” would be more appropriate, because there is an absence of light inside them.

There can be up to hundreds of millions of black holes in our Milky Way galaxy. The same quantity of black holes may be in our neighboring galaxy – Andromeda.

Despite the enormous mass (which is hundreds of thousands of times greater than the mass of the Sun) and the incredible force of gravity, it was not easy to see black holes through a telescope, because they do not radiate light at all. So, how do we see black holes? Scientists managed to notice a black hole only at the moment of its “meal” – the absorption of another star. Characteristic radiation appears during this process, which can already be observed.

The main property of a black hole is its incredible gravitational fields, which do not allow the surrounding space and time to remain in their usual state. Yes, you heard right, the time inside the black hole runs many times slower than usual, and if you were there, then returning back (if you were so lucky, of course), you would be surprised to notice that centuries passed on Earth, but you are still young! Although, if you were inside a black hole, you could hardly have survived, since the force of gravity there is so strong that any material object would rip apart into atoms.

The English scientist Stephen Hawking discovered an interesting fact: black holes also emit evaporation. Yet, this applies only to black holes of relatively small mass. Powerful gravity around them creates a pair of particles and antiparticles, one of the pair is drawn in by a black hole inwards, and the second is ejected outwards. This evaporation or radiation of a black hole was named after the scientist who discovered it – “Hawking radiation”.

There are huge black holes with masses from several million to several billion solar masses in the center of almost all galaxies. Scientists have discovered the two largest black holes known at the moment; they are located in two nearby galaxies: NGC 3842 and NGC 4849.

NGC 3842 is the brightest galaxy in the constellation Leo, 320 million light-years away. There is a huge black hole with a mass of 9.7 billion solar masses in the center of this galaxy.

NGC 4849 is a galaxy in the Coma Cluster, at a distance of 335 million light-years from us. This galaxy has no less impressive black hole. 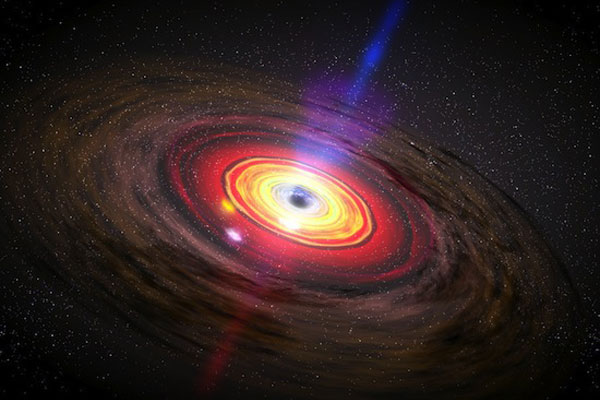 Yet there are very small representatives in the vast family of black holes. Dwarf black holes (or black dwarfs) are only 3 times larger than the mass of the Sun. In fact, this is the theoretical minimum, that necessary for the black hole formation. If the star was slightly smaller, the black hole would not be formed.

Yes, there is such a phenomenon, as we wrote above; black holes are a kind of “galactic vacuum cleaners” that absorb everything around them, including… other black holes. Recently, astronomers discovered the eating of a black hole from one galaxy by a large rogue black hole from another galaxy. 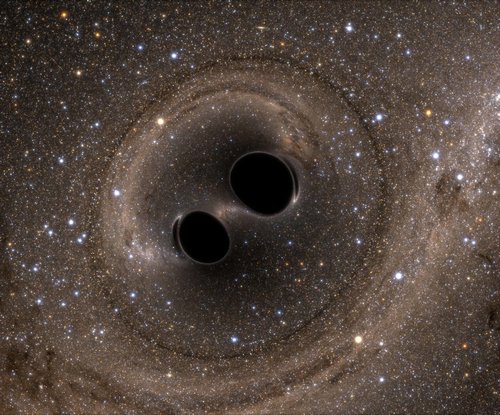