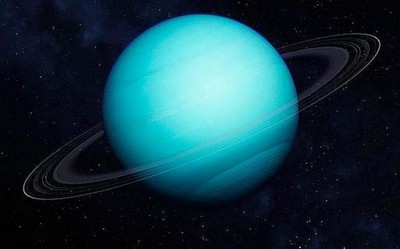 The planet Uranus is one of the giant planets of our solar system (the third largest planet after Jupiter and Saturn). Uranus is famous primarily for its unusual movement around the Sun; unlike all other planets, Uranus rotates “retrograde”. What does it mean? If other planets (including Earth), are like moving spinning tops, then Uranus is like a rolling ball, and as a result, the change of day/night, as well as the change of seasons on this planet are significantly different.

But let’s begin our story about this unusual planet with the history of its discovery. The planet Uranus was discovered by the English astronomer William Herschel in 1781. Observing its unusual movement, the astronomer first mistook Uranus for a comet. Only after a couple of years of observation, Uranus got planetary status. Herschel wanted to name planet – “The Star of George”, but the scientific community liked the name proposed by Johann Bode – Uranus, in honor of the ancient god Uranus, who personifies the sky. 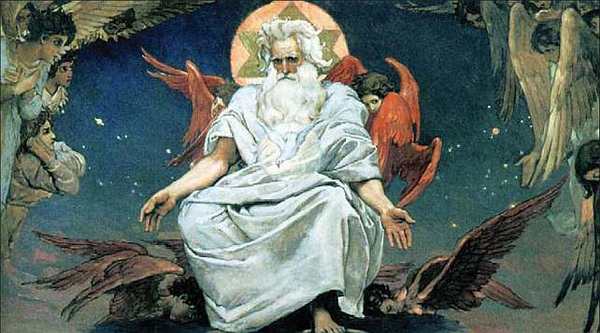 The god Uranus in Greek mythology is the oldest of the gods, the creator of everything (including other gods), and also the grandfather of the supreme god Zeus (Jupiter).

Uranus is 14.5 times heavier than the Earth. Yet, this is the lightest planet among the giant planets. So the neighboring planet Neptune has a larger mass than Uranus although it is smaller in size. The relative lightness of this planet is due to its composition, a significant part of which is ice, and ice on Uranus is the most diverse: there is ammonia, water, methane ice. The density of Uranium is 1.27 g/cm3 cubic.

What is Uranus size relative to Earth? With a radius of 15,759.2 miles (25,362 kilometers), Uranus is 4 times wider than Earth. If Earth was the size of a nickel, Uranus would be about as big as a softball.

What is the temperature on Uranus? Due to the distance from the Sun, it is very cold, and the point here is not only in its distance but also in the fact that the internal heat of Uranus is several times less than that of other planets. The heat flux of the planet is extremely small; it is less than that of the Earth. As a result, one of the lowest temperatures of the Solar System -224 °C (-371,2 °F) was recorded on Uranus, which is even lower than that of Neptune, located even further from the Sun. 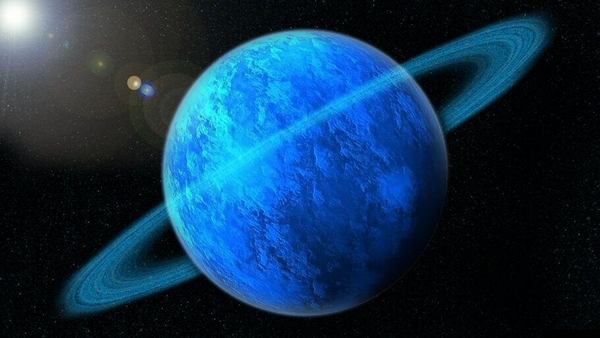 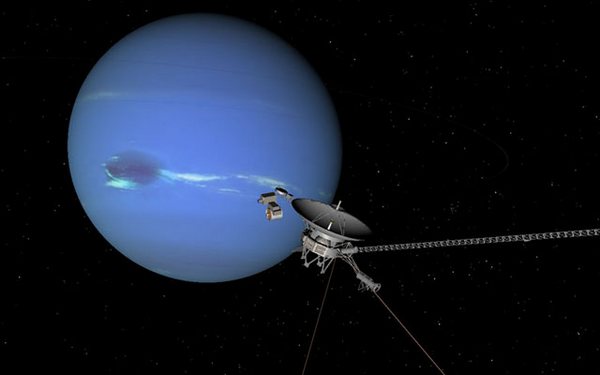 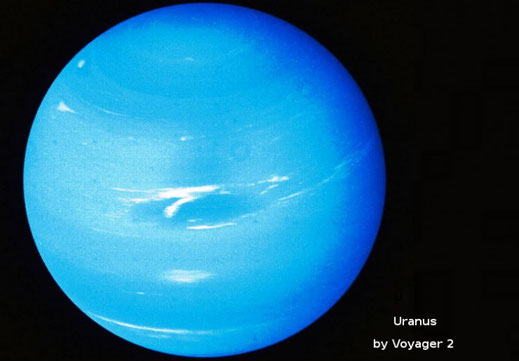 The surface of Uranus consists of three layers: a rocky core, an icy mantle and an outer shell of hydrogen and helium, which are in a gaseous state. The methane ice creates a blue color of the planet.

Yes, Uranus also has rings, albeit not as large and beautiful as those of Saturn. The rings of Uranus are dull and almost invisible, since they consist of many very dark and small particles, with a diameter from a micrometer. The rings of Uranus were discovered earlier than the rings of other planets except for Saturn. W. Herschel claimed to have seen rings from Uranus, but nobody believed him, because the telescopes of that time did not have enough power so that other astronomers could confirm what Herschel saw. Only two centuries later, in 1977, American astronomers Jameson Eliot, Douglas Minkom and Edward Dunham were able to personally observe the rings of Uranus with the help of the Kuiper on-board observatory. 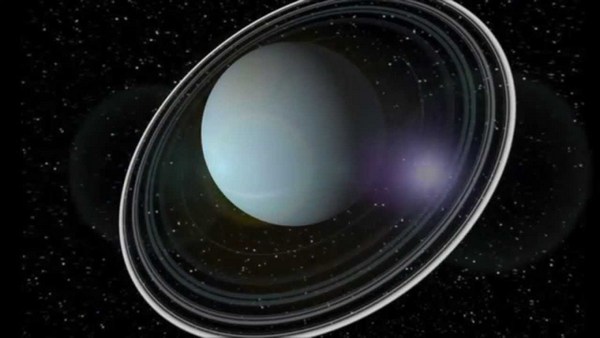 At the present moment, we know about 13 rings of Uranus, the most striking of which is the epsilon ring. The rings of this planet are relatively young; they were formed after its birth. There is a hypothesis that the rings of Uranus are formed from the remains of some destroyed satellite of the planet.

Uranus has 27 moons. Uranus 5 largest moons are: Miranda, Ariel, Umbriel, Oberon, and Titania. All the moons of Uranus are a mixture of rocks with ice, except for Miranda, which consists entirely of ice. 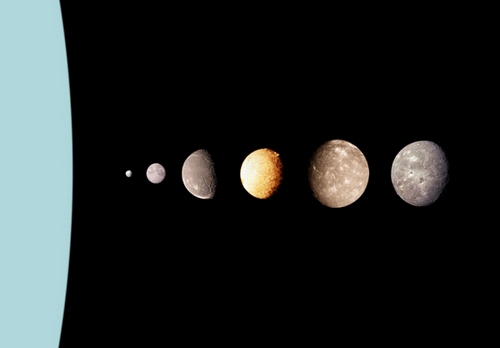 This is how the moons of Uranus look like compared to the planet itself.

Many moons do not have an atmosphere, and some of them move inside the rings of the planet, through which they are also called internal moons. They all have a strong connection with the ring system of Uranus. Scientists believe that many of the moons were captured by Uranus gravity.

The rotation of Uranus around the Sun is the most interesting feature of this planet. As we wrote above, Uranus rotates differently than all other planets, like a ball rolling on the ground. As a result of this, the change of day and night (in our usual understanding) on Uranus occurs only near the equator of the planet, although the Sun is located very low above the horizon, approximately as in the polar latitudes on Earth. As for the poles of the planet, the “polar day” and the “polar night” replace each other every 42 Earth years.

One year on Uranus is equal to our 84 Earth years; it is during this time that the planet makes a circle in its orbit around the Sun.

If a flight to neighbors Mercury, Venus, Mars takes several years, then a flight to such distant planets as Uranus can last for decades. At the moment, only one spacecraft has made such a journey: Voyager 2, launched by NASA in 1977, reached Uranus in 1986.