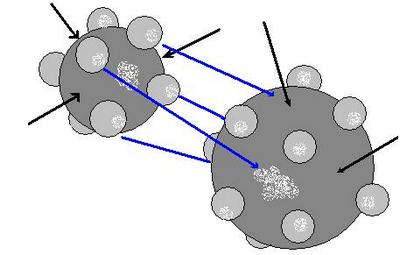 Chemical bonding, its types, properties, along with chemical reactions is one of the cornerstones of an interesting science called chemistry. In this article, we will describe all aspects of chemical bonds, their importance in science and much more.

What is a chemical bond? The chemical bond is the mutual adhesion of atoms in a molecule and the crystal lattice, as a result of the action of the force of attraction that exists between atoms. It is thanks to chemical bonds that various chemical compounds are formed; this is the nature of the chemical bond.

The basic answer is that atoms are trying to reach the most stable (lowest-energy) state that they can. Many atoms become stable when their valence shell is filled with electrons or when they satisfy the octet rule (by having eight valence electrons). If atoms don’t have this arrangement, they’ll “want” to reach it by gaining, losing, or sharing electrons via bonds. So now you know the answer to the question “what causes a chemical bond to form between atoms?”

The mechanism of the formation of a chemical bond strongly depends on its type. In general, there are 4 types of chemical bonds:

Ionic bonds form when the mutual electric attractions of two ions have different charges. In such chemical bonds ions usually are simple, consisting of one atom of the substance. 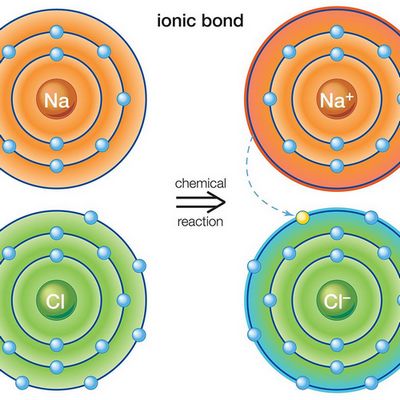 Characteristics properties of ionic bonds are the absence of saturation in it. As a result, a very different amount of oppositely charged ions can join an ion or even a whole group of ions. The ionic bond example is cesium fluoride compound CsF, in which the level of “ionity” is almost 97%.

Long before the modern theory of chemical bonds was form scientists-chemists noticed that hydrogen compounds with non-metals possess various surprising properties. For example, the boiling temperature of the water with hydrogen fluoride is much higher than it could be. This is a good example of a hydrogen bond.

This picture shows the formation of a hydrogen chemical bond.

The nature and properties of the hydrogen bond are due to the ability of the hydrogen atom H to form another chemical bond. The reason for the formation of such a bond is the properties of electrostatic forces. For example, the total electron cloud in a molecule of hydrogen fluoride is so biased towards fluorine that the space around the atom of this substance is saturated with a negative electric field. Around the hydrogen atom, deprived of its only electron, everything is exactly the opposite, and its electron field is much weaker and, as a result, has a positive charge. Positive and negative charges are attracted, so in such a simple way a hydrogen bond forms.

Metals have their own type of chemical bond – the atoms of all metals are located in a certain way. The order of their arrangement is called a crystal lattice. The electrons of different atoms form a common electron cloud, while they weakly interact with each other. 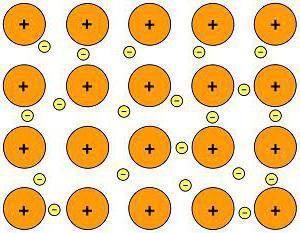 This is a metallic bond.

If you see a broken fence it could mean that metallic bonds are broken. Yet this is not the problem because you can order metal fence repair at quickfencerepair.com.

Different quantitative characteristics are used to compare different chemical reactions such as:

Let us describe them in more detail.

The bond length is the equilibrium distance between the nuclei of atoms that are connected by a chemical bond.

The energy of a chemical bond determines its strength. In this case, the energy means the effort required to break the chemical bond and to separate the atoms.

The polarity of a chemical bond shows how much the electron density is shifted to one of the atoms. The ability of atoms to shift their electron density towards themselves or, in simple terms, “pull a blanket over themselves” is called electronegativity in chemistry.